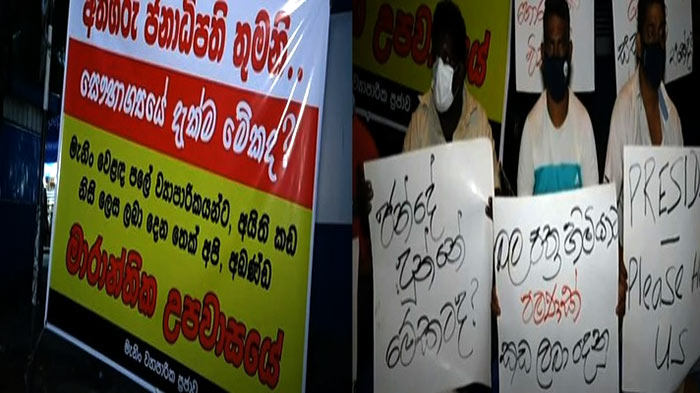 Colombo Manning Market traders have launched a fast unto death opposite the Fort Railway Station.

The trade union action commenced last morning (10) in Colombo Fort claiming that the space allocated for their stalls at the new market place is insufficient.

The traders said they decided to resort to a hunger strike as their demands were not met by the end of yesterday (10).

They also state that the project was built merely with political objectives in mind, instead of considering practical concerns faced by traders, therefore calling for the President himself to directly resolve the matter.