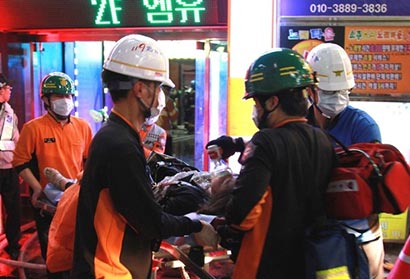 SEOUL (AFP) – A fierce blaze swept through a karaoke lounge in a busy commercial district of the South Korean city of Busan, killing nine people including three Sri Lankans, police said on Sunday.

The fire, which broke out on Saturday night, injured 25 others, who were taken to hospital for treatment. One is in a critical condition.

Witnesses reported hearing a loud bang before smoke quickly engulfed the bar, which has 28 rooms and is on the third floor of a six-storey building in the major southern port city.

The dead included three Sri Lankan workers who were holding a party with Korean colleagues, a police spokesman in Busan told AFP.

“Three migrant Sri Lankan workers and three Korean workers from a factory in Busan were found dead,” he said, declining to give their identities.

South Korean companies hire tens of thousands of manual workers from other Asian countries because more and more South Koreans are shunning dirty and dangerous jobs.

Smoke and fumes spread quickly after the blaze started in one of the karaoke rooms, making it hard for people to find the exits. The victims died from inhaling toxic gases, the police spokesman said.

About 100 firefighters and 20 fire trucks battled the blaze and rescued 35 people, some of them from the top of the building, he said. Television footage showed firemen using ladders to rescue people, watched by scores of passersby.

It was not immediately clear what started the fire and an investigation is under way.

“Firefighters believe the fire might have been caused by a short circuit,” the spokesman said.

A fireman said the victims were trapped inside after the fire broke out near the main front door but declined to confirm TV reports that the karaoke lounge was ordered to correct its electric wiring last year.

High casualties appeared to have been caused by the complicated layout of the 28 rooms and sound-insulating material in the establishment, which is located in the Busanjin district, Yonhap news agency said.

In January 2009, at least eight people were killed in a fire in another karaoke lounge in Busan.

Investigators blamed lax fire precautions and suspected staff negligence for the blaze, which gutted the basement bar in the Yongdo district. 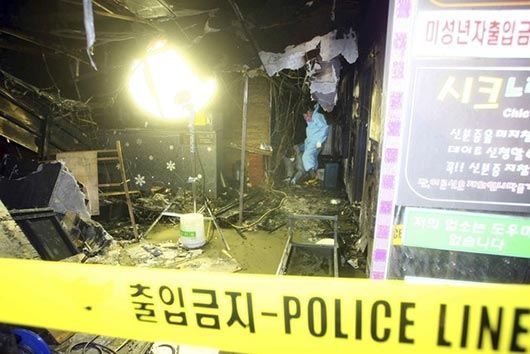 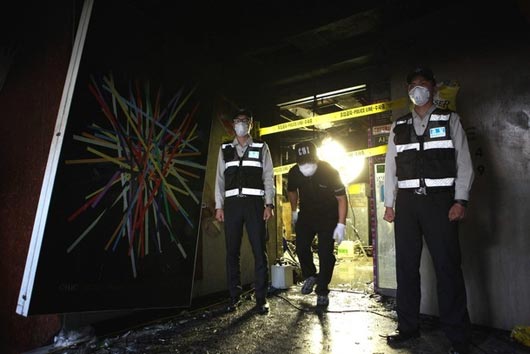 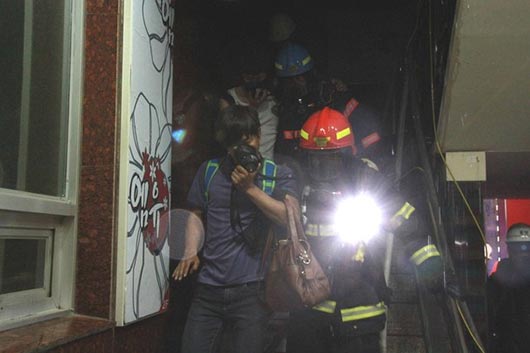