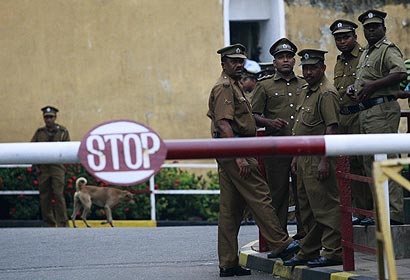 MP Sarath Fonseka was transferred to the Welikada Prison last night after his 30 month rigorous imprisonment which was recommended by the second Court Martial was ratified by the President, Army Spokesman Ubaya Medawala told Ada Derana.

Fonseka had been transferred to the prison at around 10.30pm last night, prison sources said. When queried on whether Fonseka was being kept with the General Population the source claimed that he was being kept separately.

6 Responses to Fonseka transferred to Welikada