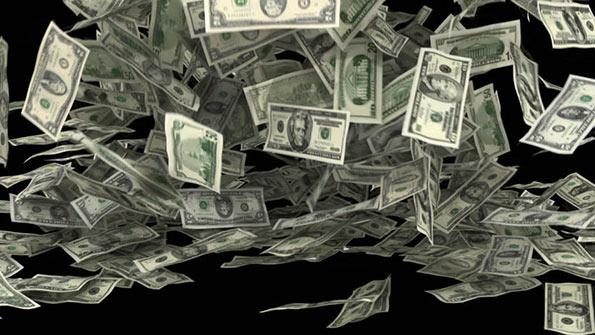 Foreign exits from the government securities market (GSM) topped the Rs 100 billion mark in the 18 weeks ending Wednesday (15 February), after they pulled out Rs 17,707.18 million in the week under reference, data shows.

These exits are spurred by the quadruple reasons of expectations that the Federal Reserve System – the FED, will hike its key policy rate, namely the Fed funds rate thrice this year due to the recovery of the world’s largest economy; Trumpism, which espouses protectionism, infrastructure spending, tax cuts and deregulation that will further spur inflation in the USA; the rupee being under depreciative pressure and the perceived instability of the Unity Government.

These exits also lead to the further weakening of the rupee, coupled with the depreciation of the island’s foreign reserves, because they are met at subsidized rates from the Central Bank of Sri Lanka’s (CBSL’s) foreign reserves and not from the foreign exchange (FX) market.

This is done to minimize Government of Sri Lanka’s (GoSL’s) foreign debt servicing costs as those commitments are met from CBSL’s foreign reserves instead from the FX market, where the exchange rate (ER) is dealing at a much higher rupee price. GoSL has to pay CBSL the equivalent in rupees to buy the required greenback.

But, on the flip side, another beneficiary of such a move is these exiting foreign investors, because their commitments too have to be met by the shorter tenure and globally accepted benchmark ‘spot’ rate of the dollar, at which rate these transactions are executed.

As a result, last month alone, CBSL’s foreign reserves were reduced by a gigantic US$ 567.51 million (Rs 85,608.88 million) to $ 5,451.55 million due to such actions, coupled with meeting GoSL’s foreign debt servicing commitments (which are also met from these reserves).Conversions are based on the administered, but the globally benchmarked ‘spot’ rate, which currently is at Rs 150.85 to the dollar. ‘Spot’ trades are settled after two market days from the date of transaction.

The authorities, in the calendar year to date, has had depreciated the controlled ‘spot’ rate by an amount of by Rs 0.85 (0.57%) to the dollar, where the administered ‘spot,’ at the end of last year, had closed at Rs 150 to the dollar.

However, in the same period, the ER, in the real FX market has had fallen sharply by Rs 1.41 (0.93%) to
Rs 152.57 to the dollar, that, being the current average selling price of the ER for telegraphic transfer on Friday (17 February), after having had closed at Rs 151.66 to the dollar, last year.

Meanwhile, in the interbank FX market, the ER has had also depreciated steeply, ie by between 0.9% to 1.2% (Rs 1.35 to Rs 1.80) in the calendar year to date, having had closed Friday at Rs 151.60 to the dollar in two weeks’ forwards and
Rs 152.05 to the dollar in one month’s forwards, respectively, in market trades. Last year, the ER, in interbank trading, had closed at Rs 150.25 to the dollar in one week’s forwards. With the benchmark ‘spot’ rate controlled (artificially inflated) by the authorities, the interbank market therefore is compelled to deal in other tenures (such as one month’s forwards and two weeks’ forwards, currently), to find the true value of the rupee vis-à-vis the dollar.