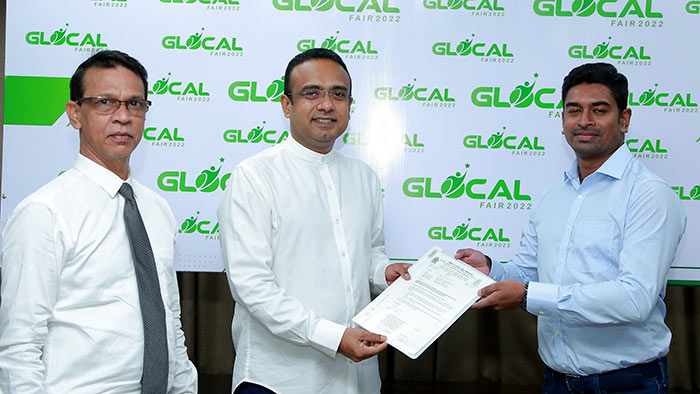 The nominated representative of the first recipient of the newly introduced program to allow Sri Lankan migrant workers to import an electric vehicle after remitting money through official channels received the relevant vehicle import permit from Minister of Labour and Foreign Employment Manusha Nanayakkara on Tuesday (September 20).

Daham Perera, the authorised representative on behalf of the Sri Lankan migrant workers who imported the vehicle, received the import permit from Minister Nanayakkara.

The minister on the occasion noted that the decision to allow Sri Lankan migrant workers who remit money through official channels to import an electric vehicle has been much appreciated and inquiries in this regard by workers are increasing on a daily basis.

The minister emphasised that it is mandatory, remittances directed to Sri Lanka are sent through the legal channels such as the banking system to be eligible for this benefit. The minister further said that it was also mandatory that 50 percent of the money sent has been converted into rupees.

He said the motorcycle or the car can be imported for a value not exceeding 50 percent of the amount remitted.

“Importing vehicles to Sri Lanka is currently prohibited. But only foreign workers who send dollars to the country have the facility to import an electric vehicle. So, make the most of this opportunity. Enjoy this reward. As a ministry, we fully support it. Similarly, the tax levied on the import of luxury vehicles will also be revised in the future.

But the permission is only to import electric vehicles. These vehicles should be unused vehicles. Either brand new or mileage should be ‘0’. Similarly, it is mandatory to import within one year of the first registration.

As the ministry, we hope that the battery pack and electric motor of this imported vehicle should have a warranty of at least three years. This should be ensured by the manufacturer, importer and exporter. It should also ensure that the battery is disposed of in accordance with international electric vehicle road safety standards and approved standard procedures.

The remittances sent to Sri Lanka can be converted into rupees and the taxes for this can be paid. They must also be subject to Department of Motor Vehicles compliance. A car should have at least 200 kilometres of mileage after charging once. Similarly, a report of all money remitted to Sri Lanka should be submitted through the relevant bank.”

The minister further said that the relevant application and information can be downloaded from the website of the Ministry of Labour or the Foreign Employment Bureau. He said after producing proof that money has been remitted through official channels and the documents related to the importation of the vehicle, the measures to initiate providing the vehicle import permit can be carried out.

The vehicle imported in this way cannot be transferred to a third party until two years after its registration. The minister also said for persons wanting to transfer ownership before two years facilities have been provided to do so by making a payment in USD equivalent to 10 percent of the CIF value of the vehicle.