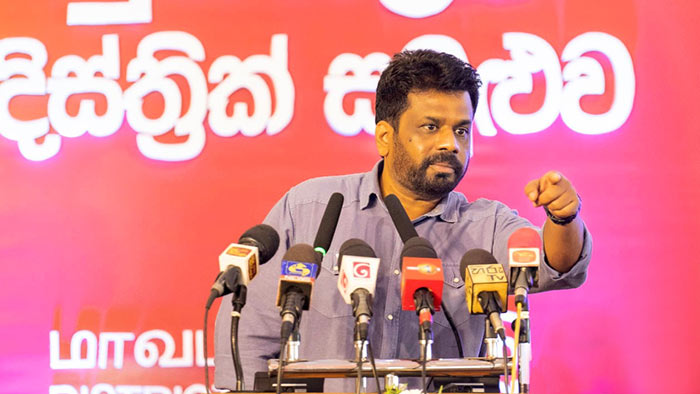 Claiming that the government had failed to implement law against the perpetrators of the Easter Sunday attacks, JVP leader Anura Kumara Dissanayake said today perpetrators of the attacks would be produced in court and punished as per under a future National People’s Power (NPP) government as claimed by the Cardinal.

He said former IGP Pujith Jayasundara and former defence Secretary Hemasiri Fernando, who were produced in court for being unable to prevent the attacks, were aquitted from all charges and asked it should be revealed who the real wrongdoers are? “It was the responsibility of the government to find out real wrongdoers and produce before the law.

One of the priorities of a future NPP government is to punish the real perpetrators of the Easter Sunday attacks. We need to form a government for that purpose,” he said.