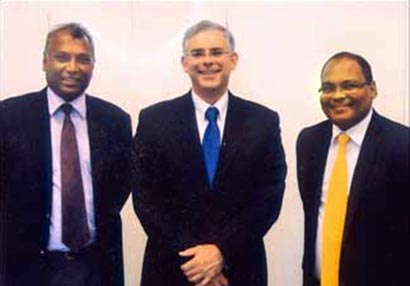 Separatist activists and LTTE supporters are attempting to lobby support from federal Parliamentarians in Australia into making a statement and to pressurize the UNHRC to take action against Sri Lanka. These activists are trying to mislead politicians across the globe.

“We want to explain to the federal Parliamentarians, the actual situation about Sri Lanka. After the 30 year war, how the government of Sri Lanka is dealing with resettlement and reconciliation, how it was affected by terrorism and how it has defeated terrorism. We are countering false propaganda,” said Nagesha Wickramasuriya, media spokesperson for Sri Lankan Australians in Melbourne.

Wickramasuriya also said that there are terrorist elements posing as human rights activists.

These elements have also started a fund raising campaign. One dollar per week. The amount of money they are collecting annually is staggering. “There is a misconception amongst some Sri Lankans that the LTTE have been finished. But internationally they are there in a big way. They have been defeated militarily but their activists are around the world so the terrorist problem is not over. They are active in American, Canada, France, London and even in Australia,” said Wickramasuriya.