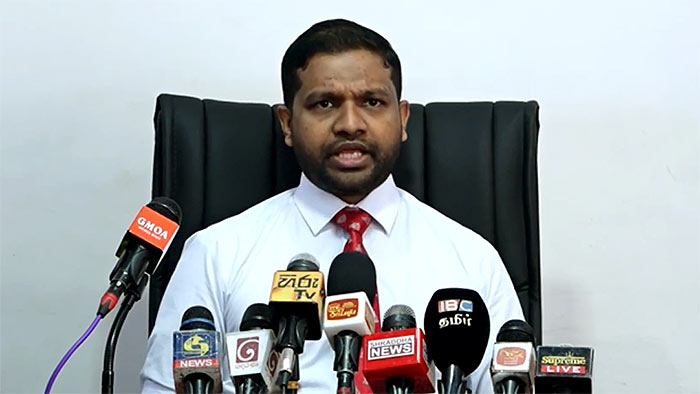 The fact that those aged over 60 had not been fully vaccinated by now reflected a flaw in the inoculation programme, Government Medical Officers Association (GMOA) Secretary, Dr. Senal Fernando said.

The GMOA Secretary said that the Epidemiology Unit should present statistics on senior citizens who had been vaccinated. Dr. Fernando said that failure to follow a proper vaccination process was the main reason why the country had to go into a lockdown.

“We have to reduce the number of deaths because this is the most sensitive aspect of the pandemic. When the discussion on vaccination commenced, the GMOA and other experts said that those over 60 must be vaccinated first because it would prevent 90% of deaths,” he said.

The GMOA Secretary said that some officers of the Epidemiology Unit had decided that those between 30 and 60 too should be vaccinated. The GMOA informed the President that the government policy was flawed.

“Because we are focusing on two groups, we have not been able to prioritise the elderly. As everyone who understood the pandemic predicted that most of Sri Lankan COVID-19 deaths are among those over 60. Statistics show that 88% of senior citizens who died had not been fully vaccinated,” he said.

“This eroded the public faith in the Health Ministry-run vaccination programme. The government must at least now focus on vaccinating everyone over 60,” he added.

A spokesman for the army said that their involvement dramatically expanded the rate of vaccination. The army had no intention of undermining the health sector and they only stepped in because President Gotabaya Rajapaksa asked them to, he said.

“There is no need to debate this. The people of the country know how efficiently we ran the vaccination process. This is despite many efforts to undermine us,” he said.

(Source: The Island – By Rathindra Kuruvita)

1 Response to GMOA: Failure to inoculate those over 60 years first, led to high death toll, lockdown