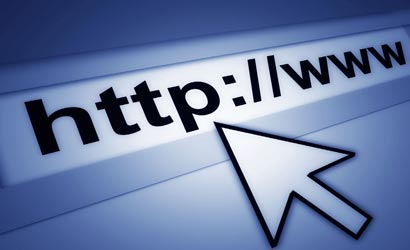 In what has sent shockwaves across the world, LTTE Diaspora & supporters both local and international are now a worried lot. Legally, they are cornered. Their propaganda machinery has now been checkmated with a UN Security Council Resolution that is both mandatory and binding. With the declaration of LTTE and 16 LTTE front banned and blacklisting of 424 individuals the momentum to rope in the rest of the beneficiaries of LTTE terror over 3 decades should be the next course of action the GOSL must take. Sri Lanka’s diplomacy must go an extra mile to demand that the very nations bellowing about ‘accountability’ need to now clean up their own yards and bring to book all the linchpins that have stockpiled LTTE exhorted monies and other illegally acquired funding. Moreover, all those in the cocktail circuits and who have been recipients of LTTE funds over the years for their ‘academic expert opinions’ must also be exposed. It also affords a long awaited opportunity for Tamils who had been coerced and manhandled into making ‘voluntary’ donations to the LTTE kitty over 3 decades to come out and name those to whom payments had been made.

The following are the listed LTTE & LTTE fronts:

The above categorized Foreign Terrorist Organizations are led by the following 4 key individuals.

Additionally, the gazette notification mentions 424 individuals from 19 countries (Australia, Belgium, Canada, Denmark, Finland, France, Germany, Italy, India, Malaysia, Netherlands, New Zealand, Norway, Sweden, Switzerland, Thailand, UK and USA) including Sri Lanka 30 of who are women. Included into the list is Usha Sriskandarajah a ‘senator’ of the TGTE who claims her heroines are Issipriya the LTTE ‘journalist’, Vany Kumar the member of TYO and Ananthi Sasitharan spouse of Elilan who is responsible for over 10,000 child conscriptions.

The ban entitles the freeze on all funds, assets and economic resources belonging to or owned by the designated persons or entities and such frozen assets cannot be removed or transferred or dealt without the explicit permission of the Competent Authority – in this case the Defense Secretary.

The Sri Lankan authorities are to disclose details of the actions committed by the entities and individuals the GOSL has now banned and is likely to take legal action through courts in the host countries where the LTTE fronts have been dominating over the years. This spells doom for a lot of LTTE fronts some of whom have had direct access to foreign parliaments and have been wining and dining with foreign parliamentarians. This is also an opportunity for some assertive policy with regard to Adele Balasingham and her list of crimes which the Sri Lankan public have been demanding from the GOSL but which have fallen on deaf ears of the key players in the External Affairs Ministry whose heart is not in the job they do and follow the ‘bayagulla’ policy primarily because their feet are not firmly on the ground and their heart is not concerned about protecting the sovereignty and territorial integrity of the nation.

If the 424 individuals and designated organizations are to be placed on a ‘black list’ it also entails the need for Sri Lankan Authorities to quickly round up names of all persons both local and international who had been associating with these entities over the years. They need to also enter some sort of list too.

The ITAK and TNA are the biggest losers no doubt for they must now be scratching their heads on how to bring in the funds and this obviously will knee-jerk them into striking some political pinches with the Government in a bid to provide a compromise the status quo. This is where the GOSL must not play politics with the situation. Like the manner Sri Lanka took on the enemies to eliminate the ground force, the GOSL must now ensure that the remaining terrorist elements in civvies are equally dealt with. If this is kept as a cancer and open wound now allowed to heal the GOSL will be doing the same mistake the previous Governments committed simply to stay in power.

With the tigers now cornered and the supporters now worried the GOSL and authorities must push forward and be assertive with the foreign governments demanding cooperation against these entities. Scores of Tamils victim to LTTE Diaspora bullying over the years are waiting in silence to line up and make their grievances known. These are witnesses and they should be given protection and their evidence should be tabulated in confidentiality.

The GOSL and authorities need to immediately address this requirement by creating a website/ a hotline with confidentiality clauses so that people can report on bank accounts, members who are holding LTTE assets, people are pretend to be ordinary people but are kingpins in the LTTE policy making strategies….there are people to name who these are and the GOSL must not lose the opportunity but quickly set up a system to tabulate these details.

The likelihood of even NGOs falling into the cobweb of trouble for their dealings with these banned entities cannot be ruled out. So too will members who have enjoyed travel, remuneration etc from the banned kitty. We need to know who these individuals are. The members of the media of Sri Lanka are likely to also be recipients of such hand outs as are even officials.

While the main kingpins of the LTTE fronts have also been named, the banned list also includes former TNA MP from Batticoloa now resident in UK. Also named are LTTE leaders who were head of TRO and in charge of LTTE economic division both who are now in Europe. Ponnaiah Aanandarajan is also included for retaining vast amounts of LTTE money and there are many others likely to belong to this category as well.

Hot on the heels of the ban is the alleged arrest of the deputy leader of the Nediyavan Group with the help of Iranian and Malaysian authorities and brought to Colombo recently. He was caught in transit in Iran flying from Malaysia to London under a false passport on a tip off. He had been on his way to join his family (Wife and 4 children) in Germany. Brought to Sri Lanka he is said to be willing to cooperate with the Sri Lanka authorities and no doubt the authorities in Sri Lanka must be elated at the willingness to spill the beans on LTTE activities overseas.

Incidentally, the deputy leader is like most Tamils registered as ‘refugee’ but moving in and out of countries under false passports. How many more Tamil ‘refugees’ are doing this same business? The deputy leader was tasked with propaganda and issuing false statements on behalf of the LTTE living on foreign shores as a ‘refugee’. So we ask how many other ‘refugees’ have been running LTTE propaganda activity overseas?

For too long the public both in Sri Lanka and overseas have been fooled by a handful of people who have used money and politics to wriggle their way through systems and processes. In their cart may be influential and powerful foreign and local MPs and other politicians and even international players but the fact that these entities have been involved in terror activities which have now been officially declared banned gives the onus for assertive action and departure from a ‘bayagulla’ approach.

We must now clean the stables both at home and abroad and bring justice for all the people who have fallen victim, who live injured and who continue to be threatened into maintaining the LTTE kitty so that these leaders and their cohorts can enjoy luxury living and hold VVIP positions globally.

The GOSL must now enable the public both in Sri Lanka and overseas to come forward and lodge their statements regarding the activities of the LTTE members in the gazette as well as others who have been associating with them – whether these are foreign, local, from NGOs or INGOs or even the UN and foreign governments it is immaterial. They have all been aiding and abetting terrorism and that is what we need to now document and keep.

The ban necessitates that the President in particular take a closer look at the line ministries tasked to deliver where external factors matter. We cannot continue to follow a policy that bases actions on knee-jerk situations and on ad hoc basis. We need leadership, we need to have our Ministry officials fighting back, countering attacks. Countries with scores of Resolutions against it are not afraid because their officials are not shy to deliver the punches at diplomatic levels. Cuba, Venezuela, Syria and even Israel officials speaking at UN forums are eloquent and assertive and follow a no-nonsense approach. We need to admit that our officials lack that assertiveness and they lack this because they do not feel they are a stakeholder in Sri Lanka, they do not feel pride in the heritage of the country or function with passion to protect that heritage. They are living Oxbridge lives which pursue values that differ to Sri Lanka’s cultural heritage and ancient value systems. There is a major deficit that the President needs to seriously look at for we cannot be going for diplomatic discussions if our men/women do not have the passion to sail Sri Lanka through storms and simply prefer to strike a compromise which is likely to be detrimental to the country in the long term.

At the end of the day the public is all the while fearful that the leaders are compromising the sacrifices made by our brave ranawiruwo who laid down their lives to bring peace.

Now that Sri Lanka has another opportunity, we should not rest with the ban per se. We need to now identify all elements associated with the banned LTTE and LTTE fronts and expose them all and even Tamils are prepared to come out and name these entities.