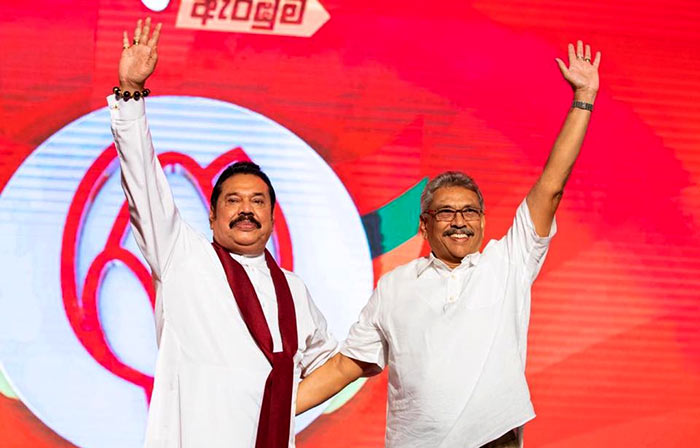 SLPP Presidential candidate Gotabaya Rajapaksa today dismissed allegations that many went missing after surrendering to the military during the end of the war.

Gotabaya Rajapaksa hosted his maiden press conference at the Shangri La Hotel in Colombo today after being nominated as the SLPP Presidential candidate.

Asked what happened to the people who surrendered to the army during the war, Rajapaksa said, “You are mistaken, I was not leading the army. The Army was led by the Army Commander.”

Rajapaksa who continued to answer the question said, the 13,784 who surrendered to the army were rehabilitated and re-integrated to the society. According to him these individuals were enrolled into the Civil Defense Force as well as the Army.

Rajapaksa claimed the surrendered individuals were ‘never kept in custody’.

According to him the rehabilitation programme was a ‘huge success’ which was also commended by foreign observers.

He said that there was no evidence to back allegations that LTTE militants who surrendered to the army went missing.

“Some of our army personal have gone missing. This is a natural during a war. Some times you are unable to find the remains of these militants due casualties of the war. This would have been the case in of these missing persons” he said.

“The people of the north have more important issues in terms of obtaining employment and education. Hence we have to forget about all these old allegations and move forward.” Rajapaksa stressed.

Asked if he would proceed with the UN Resolution on Sri Lanka which was passed by the UN Human Rights Council in Geneva in 2015, the Former Defense Secretary said he will only continue with the resolution the Rajapaksa government carried out.

He said certain foreign entities have produced statistics of missing persons even without visiting the country. “They have rubbished reports we produced using the assistance of the Census and Statistics Department.” Rajapaksa.