Gotabaya returns from US 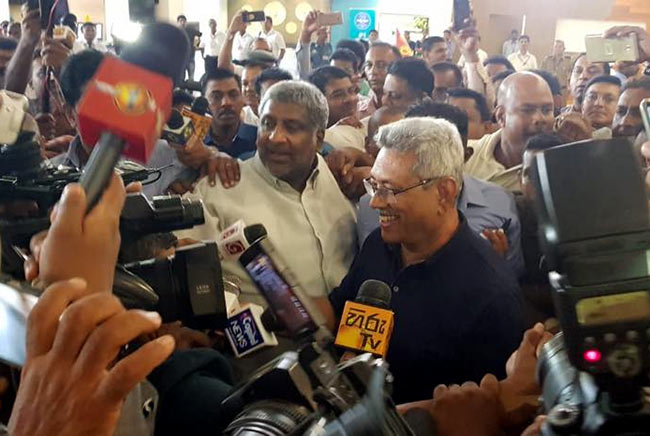 Former Defence Secretary Gotabaya Rajapaksa has arrived in Sri Lanka after his private visit to the United States.

Reportedly, a huge crowd has gathered at the Bandaranaike International Airport to welcome the former Defence Secretary.

Gotabaya Rajapaksa stayed in the United States for nearly three weeks for personal affairs regarding the withdrawal of his American citizenship.

He received local media attention as two lawsuits were filed against him at a US court during his visit.

A non-governmental organization called the International Organization of Truth and Justice Project, issuing a press release April 8th, stated that their organization and a private legal office in the US had taken steps to file a civil lawsuit against Gotabaya Rajapaksa at a court in California.

7 Responses to Gotabaya returns from US

Home » Gotabaya returns from US