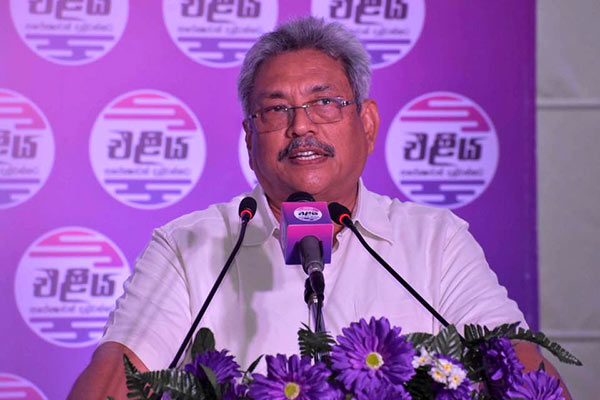 He made these comments while addressing another seminar in the ‘Eliya’ series held at Godakawela in Ratnapura on Saturday (8).

Rajapakksa said that the former President not only ended the country’s war, he also carried out development in the post-war period. That is the reason the country should be entrusted to a leader like that, he said.

He stated that today the entire government is discussing how they are going to get the Rajapaksas to where prison clothes. He also questioned as to how there can be any freedom in a country where drugs and the underworld is king.

The former Defence Secretary further said that the IGP has ‘insulted’ his position as the country’s police chief by engaging dancing while wearing uniform during the Kandy Esala Perahera.