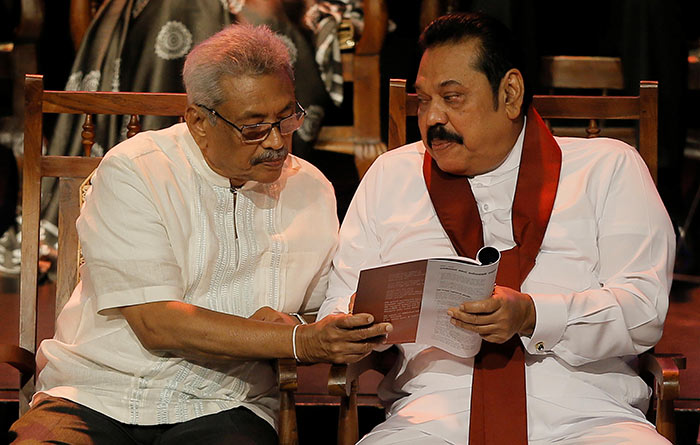 Sri Lanka Podujana Peramuna (SLPP) presidential candidate Gotabaya Rajapaksa yesterday said he would attract additional revenue to the country by training 300,000 youth who had passed the G.C.E. O/L and A/L examination, in IT.

Addressing a live public forum Kurunegala, Rajapaksa said that training youth was high on his agenda. He out of more than 200,000 who the G.C.E. Advanced Level examination said only about 30,000 entered universities .

Plans were underway to set up universities specialising in science and technology.

Rajapaksa said that the number of short term courses too would be conducted under that programme.

The former Denfence Secretary also said that unnecessary taxes would be axed.

He also said that eight districts in Sri Lanka were bringing in excellent revenue from the pepper industry. However due to recent imports of low quality pepper and re-exporting them under Sri Lanka label caused the local industry to collapse.

He stressed that traditional cultivation would be boosted and local farmers would be given prominence by putting an end low quality imports.

2 Responses to Gotabaya unveils his dream for educated youth