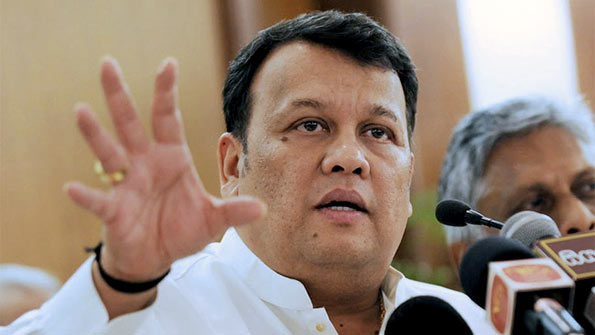 A delay in developing the Colombo Port East Terminal had led to a loss of Rs 3.5 billion to the Sri Lanka Ports Authority (SLPA), Ports and Shipping Minister Mahinda Samarasinghe told parliament yesterday.

Minister Samarasinghe revealed this, speaking at the committee stage debate on Budget 2018, when the Finance Heads of his ministry were taken up. He opposed a budget proposal to fully open up the shipping agency business to foreign companies.

The SLPA has incurred a loss of Rs. 3.5 billion due to the failure to develop the East terminal.”

“We can no longer bear this loss. The SLPA depends heavily on the East Terminal. We will soon start developing it with Cabinet approval. President Maithripala Sirisena, at a public meeting, recently assured that the East Terminal would continue to be under the SLPA.”

Commenting on the Hambantota Port Joint Venture, the minister said the Treasury had agreed to allocate money for settling the port’s debt. “USD 1500 million was borrowed to construct the Hambantota Port. Last year, Rs. 10 billion out of the SLPA profit was spent on debt servicing. As a result last year our profit dropped to Rs. 1 billion. This year Rs. 12 billion is needed to service debt. The Treasury took over the debt payment following the joint venture agreement. Therefore, we have been able to raise our profit to Rs 11 billion.”