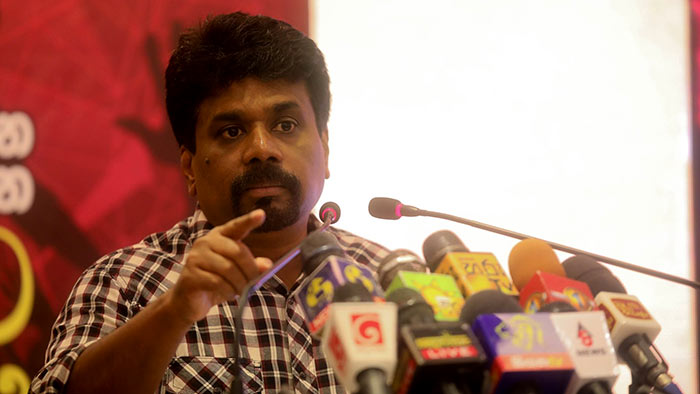 The National Peoples’ Power (NPP) said yesterday the government was hiding the true situation of the COVID-19 outbreak in a move to show that the situation in the country had returned to normalcy just for political advantage.

NPP leader Anura Kumara Dissanayake told a news conference that the government’s attempt to mitigate the gravity of the issue had resulted in serious issues where people tend to forget health guidelines issued by the health authorities.

He said even though the health authorities, security forces and the government managed to control the outbreak of the disease, the government was doing various things to create overconfidence in the society and added that this has resulted in aggravating the issue.

“The government is trying to show more recovered patients than affected people. The media reported that Sri Jayawardanepura University has withdrawn from performing PCR tests as the government purposely changed test results released by the university. All these are done to hide the true situation in the country and normalize the situation,’ he said.

Mr. Dissanayake said the government has failed to gazette health guidelines issued by the health sector to be followed during the election process even after a month has passed since the election campaign commenced.