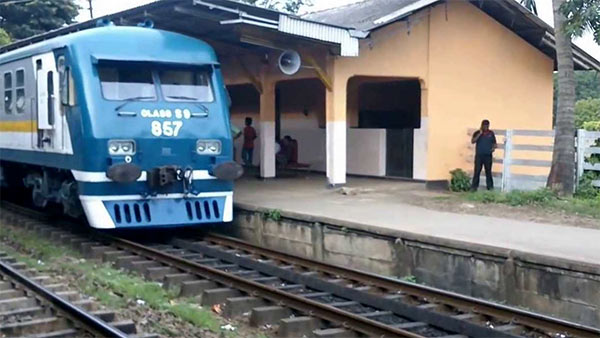 Transport Minister Mahinda Amaraweera has instructed Railway Department officials to launch the pilot programme for converting all railway stations under the Green (Haritha) concept beginning from the Dematagoda Railway station on January 1.

The minister said the Kandy Railway Station could be identified as the cleanest railway station. He said the Government would initiate the programme giving priority to nature and promote sustainable development in Sri Lanka through Green Economic initiatives.

All the railway stations in the country would be developed into beautiful and green stations to attract local and foreign commuters. According to the programme, the most alluring green railway station will be selected between March and July next year.

2 Responses to Green concept at railway stations from today