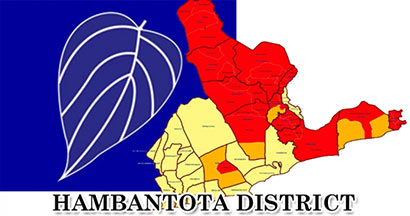 The UPFA won the highest number of votes in the Hambantota District with 174,687 votes at the Provincial Council election while the UNP secured 79,829 votes, the JVP  39,345 votes and the Democratic Party  9547 votes.  According to the final results of the Hambantota District, UPFA has won 8 seats,  the UNP  4 seats and the JVP 2 seats,

Counting of votes for the Western and the Southern Provincial Councils is now underway at the counting centres set up at D. S. Senanayake College, Royal College and Isipathana College  in the Colombo District. the Siyane College of Education and Bandaranayake Vidyalaya in the Gampaha District, the Pasdunrata College of Education and Tissa Vidyalaya in the Kalutara district, in the Galle district the Southlands College and Technical College Galle as well as the Technical College in Medawatta and Rohana Vidyalaya in Wellamadama.  In the Hambantota District counting centre was set up at the Suchi National School.