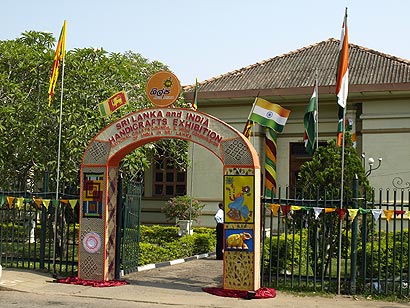 India and Sri Lanka jointly organized the Handicrafts Exhibition & Fair by award winning crafts persons from India and Sri Lanka at the National Art Gallery, Ananda Coomaraswamy MawathaColombo-07. The exhibition was inaugurated by the Minister of Traditional Industries and Small Enterprise Development and the High Commissioner of India for Sri Lanka representing both governments, on Tuesday 05 April 2011.

The Joint Handicrafts Exhibition and Fair of award winning master crafts persons from Sri Lanka and India has been organized by the National Crafts Council of Sri Lanka and the Office of Development Commissioner (Handicrafts), Ministry of Textiles, Government of India in association with the High Commission of India as part of the programme of cultural cooperation and exchange between two countries for 2010-2013 period signed during the State visit of  President Mahinda Rajapaksa to India in June 2010.

Addressing the inauguration ceremony, High Commissioner Ashok K. Kantha emphasised the excellent support and the cooperation between the Office of Development Commissioner (Handicrafts), Ministry of Textiles, Government of India and the National Crafts Council of Sri Lanka which has resulted in participation of crafts persons in a number of handicrafts fairs organized in India and Sri Lanka.  He further said that the Indian Council for Cultural Relations (ICCR) had facilitated participation of Sri Lankan crafts persons in the seminar on “Sustainable Livelihood for Women through Crafts” which was held at Dilli Haat in January 2011. The High Commissioner also highlighted that a similar exhibition with the participation of Sri Lankan crafts persons will be organized in India later this year.

High Commissioner also appreciated the setting up of Handicrafts Marketing Villages by the National Crafts Council of Sri Lanka in the Jana Kala Kendraya premises, Battaramulla. He reiterated India’s willingness to assist in the establishment of similar handicrafts production and marketing villages in Jaffna and Hambantota in response to a proposal for assistance received from National Crafts Council.

Both countries are welcomed the idea of organising of the Joint Handicrafts Exhibition and Fair to boost the industry in the region and look forward to organization of a similar exhibition in India later this year.

Governor of the Western Province, Deputy Minister of Traditional Industries and Small Enterprise Development, also graced the inauguration, which was attended by senior officials from the Government of Sri Lanka, members of the Diplomatic Community and eminent personalities from the fields of handicrafts, art and culture and media. 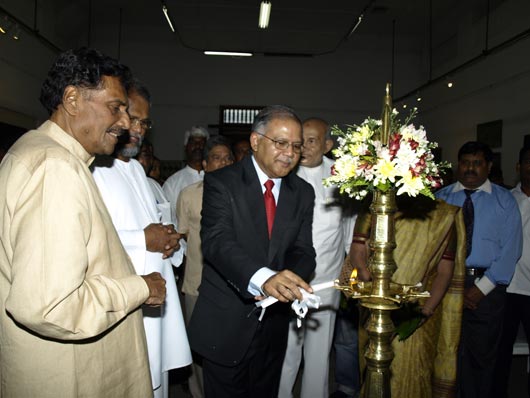 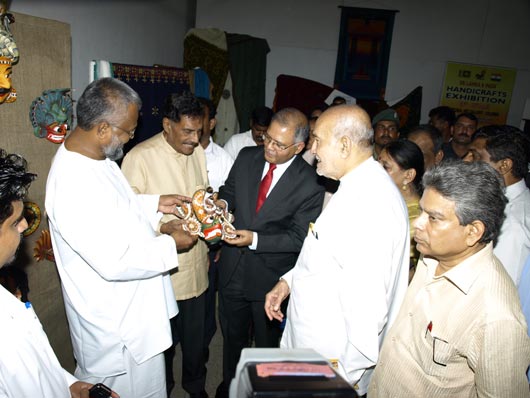