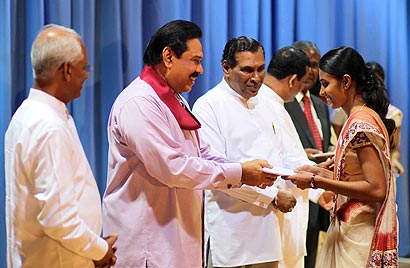 Letters of appointment were given to 2,273 new recruits to the Public Management Service as Management Service Assistants at Temple Trees on Thursday 07 March 2011. President Mahinda Rajapaksa handed over the letters to the recruits at the ceremony. The recruitment’s have been done covering all districts of the Island.

Addressing the gathering President Rajapaksa said that as it mention in the ‘Mahinda Chinthanaya’ his government has made a mammoth service to strengthen the government service which was planned to be made ineffective and thereby either dissolve or privatize it by the previous government.

The President has further said that similar to the action taken to eradicate the so called boarder villages, steps have being taken now to eradicate the remote, poor and backward villages from the map of Sri Lanka. Therefore that those who received new appointments should be prepared to work in any part of the country with happiness for the benefit of the people and the country. President Rajapaksa emphasised that it is the ultimate goal of Sri Lanka to become a wonder nation of Asia and the government servants should be in forefront and the pioneers in marching towards that target.

Minister of Public administration W.D.J. Senewiratne, Deputy Minister Wijaya Dahanayake, Secretary to the President Lalith Weeratunga and the Secretary of the Ministry P.B.Abeykoon and several others participated in the function. 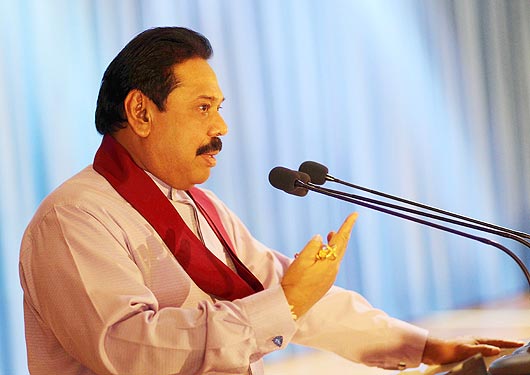 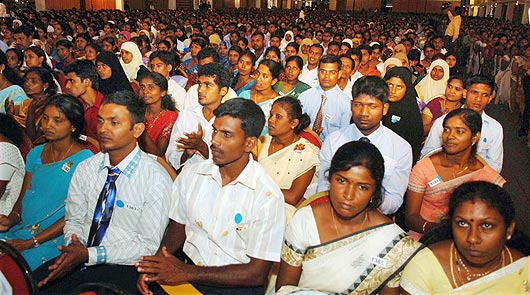