Happy faces of the new Cabinet 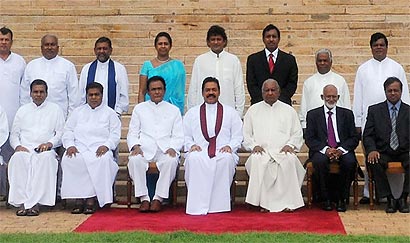 After receiving their respective portfolios at the swearing in ceremony, the new UPFA Government Cabinet Ministers and Deputy Ministers posed for official photographs with President Mahinda Rajapaksa in front of the Presidential Secretariat.

Secretary to the President Mr Lalith Weeratunga, UPFA members of the parliament, government officials and the family members of the Cabinet members were present at the ceremony. 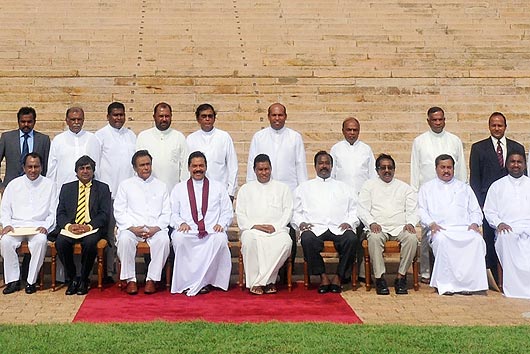 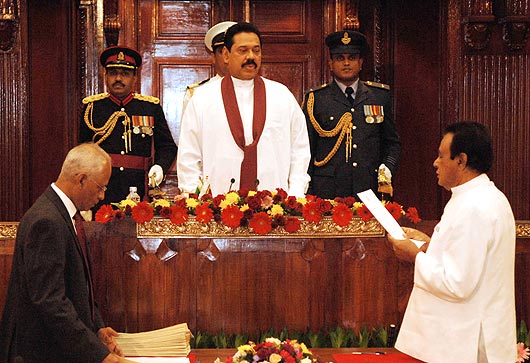 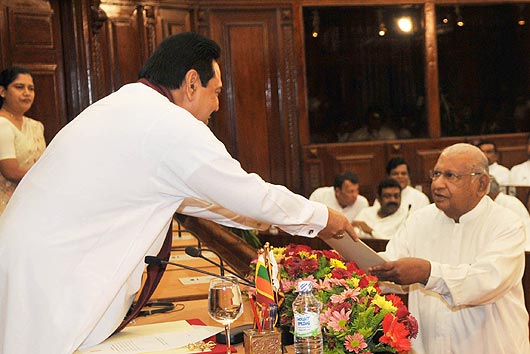 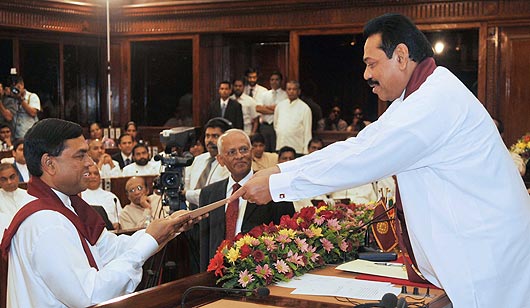 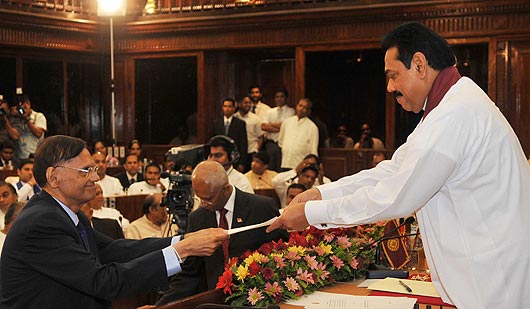 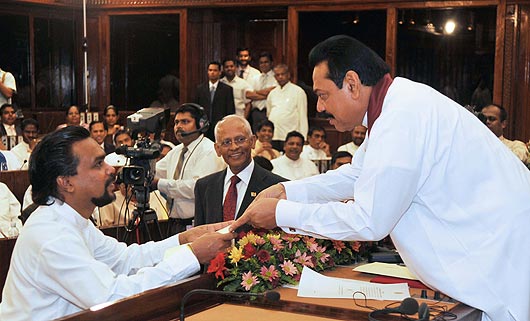 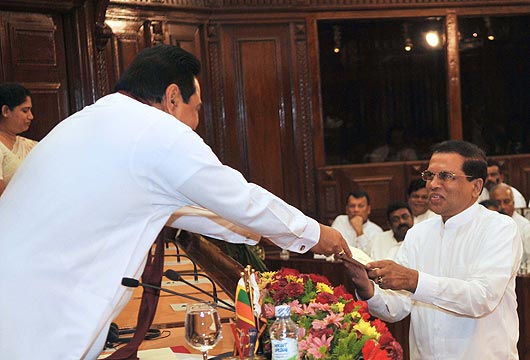 3 Responses to Happy faces of the new Cabinet