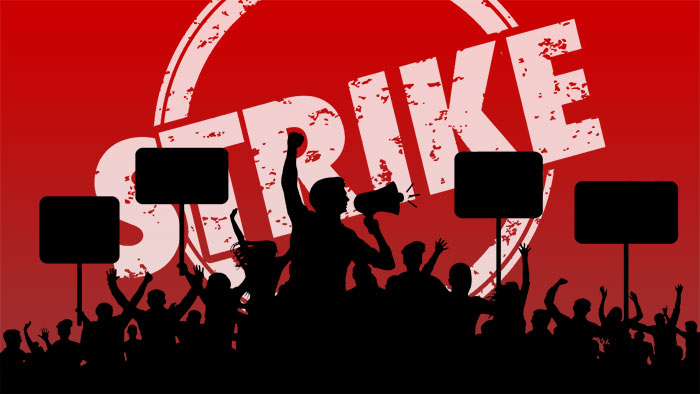 Amidst the increasing number of COVID-19 patients in the country, over 16 State health service categories, including nurses, professions supplementary to medicine (PSM) and paramedics will launch a continuous strike from  7 a.m. today (7), on several demands.

One demand is that the Health Ministry set straight the wage discrepancies which occurred through the 06/2006 Salary Circular and the revision recently introduced to the salaries of teachers.

Chairman of the Government Nursing officers Association (GNOA) Saman Rathnapriya yesterday (6) accused the Government of blatantly and callously disregarding the trade union actions that had been taken by the non-medical health service professionals demanding that the wage discrepancies be rectified through the Ranugge Salary commission report, which should rightfully have been implemented from 2020. The discrepancies had only widened amongst parallel service categories when the Government haphazardly set straight the salary anomalies of teachers. The State health service professionals approved the government’s move to set straight the wage discrepancies which had occurred in teachers’ salaries but it should have been done methodically paying consideration to all parallel categories, he observed.

Ratnapriya said the striking Union’s also demanded the recognition of their professions as Staff Service. While the Ministry of Public Administration had been able to issue the circular in this regard the Health Secretary had to only identify the relevant categories and name them as staff categories. With a total 13,000 nurses alone in line for promotions, the Ministry had listed only a third of them for promotions.

He lamented that although President Gotabaya Rajapaksa had given in writing that at least five of the seven demands could be met initially while the others would be given with the 2022 Budget nothing had been given till date. “Don’t make pledges if you can’t meet them,” Ratnapriya lashed out.

He said that 10 hospitals, including the Lady Ridgeway Hospital for Children and the Sirimavo Bandaranaike Ward for Children, Castle Street, De Zoysa and Kethumathi Hospitals for Women, ‘Apeksha’ Hospital Maharagama for patients with Cancer, the National Institute of Nephrology, Dialysis and Transplantation and the National Nephrology Hospital Polonnaruwa, the National Institute of Infectious Diseases (IDH) would be exempted from the strike. He warned however that the services provided in these hospitals too would be withdrawn if the Government attempted to intimidate or harasses striking unions.

Emergency and Essential Services would be provided, the GNOA Chairman noted.

Co-Convenor of the Health Professional’s Federation and the Joint Council of Professions Supplementary to Medicine (JCPSM) Ravi Kumudesh noted that a country was not able to go forward when wage structures were subverted as had been done by the National Wage Commission.