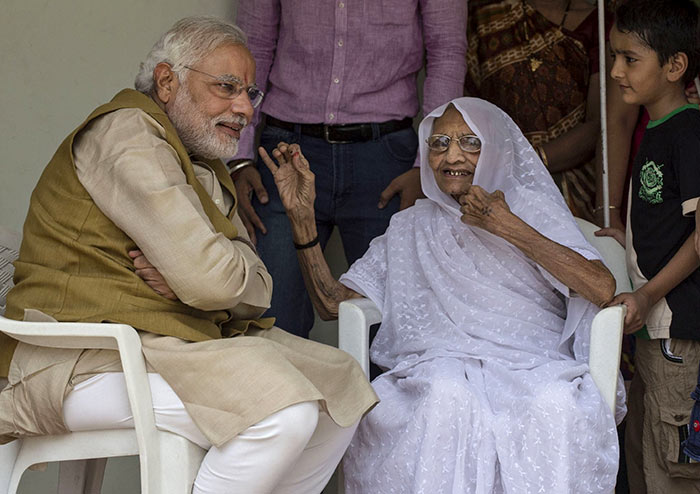 Indian Prime Minister Narendra Modi’s mother, Heeraben, died in the early hours of Friday at the age of 99.

“Smt Hiraba Modi passed away on 30/12/2022, at 3:39 AM, during the treatment at UN Mehta Heart Hospital,” the hospital where she had been admitted since Wednesday said in a statement.

The Prime Minister would regularly visit Raysan and spend time with his mother during his Gujarat visits.

“A glorious century rests at the feet of God… In Maa, I have always felt that trinity, which contains the journey of an ascetic, the symbol of a selfless Karmayogi and a life committed to values,” the Prime Minister posted a heartfelt tribute informing about her death.