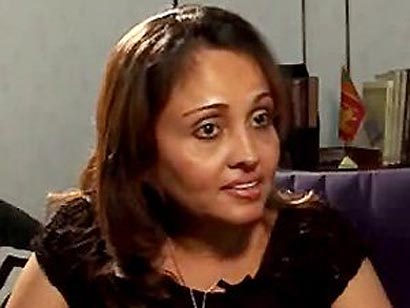 The three-member judge panel of the Colombo High Court today warned the Sunday Leader Chief Editor Fredrica Jansz that if she is a witness of the ‘white flag’ case she cannot write articles regarding the case while the verdict is still pending.

The case, which has been filed against Sarath Fonseka regarding the ‘white flag’ statement made by him, was heard by a three-bench trial at bar headed by High Court Judge Deepali Wijesundara. The accused, former Army Commander Sarath Fonseka was also produces before court today.

Certain newspapers had published articles by distorting evidence given by me to the court, and therefore I had to publish an article in response in my newspaper, Fredrica Jansz responded when cross examined by defence counselNalin Ladduwahetty.

The judges then conveyed that if any such newspaper is publishing distorted evidence a complaint should be initially presented to court in regard.