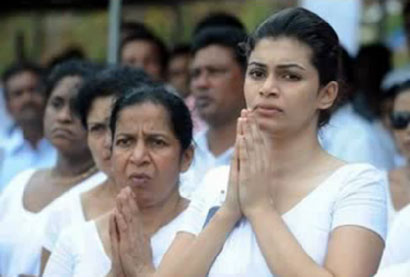 Hirunika, the daughter of late Bharatha Lakshman Premachandra has announced she will join active politics from the Sri Lanka Mahajana Party.

She came into the spotlight in the aftermath of the killing of her father during a shootout in Mulleriyawa on October 8 last year. During the shootout three others were killed while serious head injuries were cause to parliamentarian Duminda Silva.

5 Responses to Hirunika to join politics