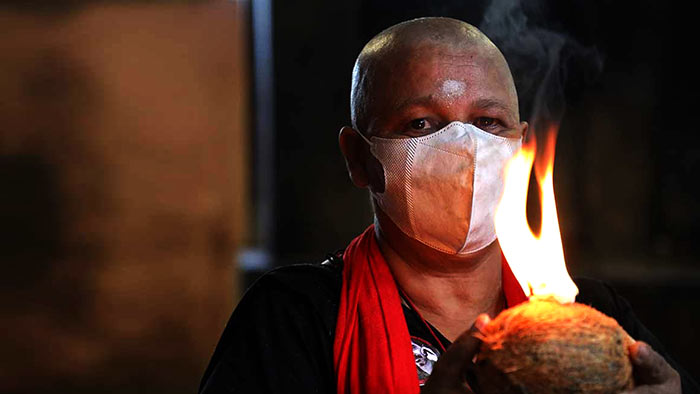 Sandya Eknaligoda, a human rights activist and wife of missing journalist Prageeth Eknaligoda has made it to BBC’s 100 women of 2022.

BBC 100 Women is an annual list that celebrates the achievements of women internationally, from grassroots volunteers to global leaders.

Sandya Eknaligoda is credited with helping thousands of women in Sri Lanka whose loved ones have become victims of enforced disappearances perpetrated by the State and other groups.

She has also been fighting for justice for over a decade after her husband, a journalist, cartoonist and critic of the Rajapaksa family was abducted on 24 January 2010. Following the abduction, she openly accused the Rajapaksa regime and named them as her husband’s abductors, facing many threats and obstacles as a result.

Though suspects linked to her husband’s disappearance were identified and arrested by the Criminal Investigations Department over the years, they have been released on bail since as the case continues to languish in the court system with no end in sight.

Her activism was also recognised internationally in 2017 when she won the International Women of Courage Award presented by the US Department of State which recognises women who have fought for human rights and justice, often at great personal cost.

From sport, Iranian climber Elnaz Rekab who recently made waves in her home country for competing in South Korea without wearing a headscarf is also on the list, as well as Tunisian tennis star Ons Jabeur who became the first Arab or African woman to reach a Grand Slam final in the Open era.

“This is the 10th season of 100 Women, so we are taking the opportunity to explore what progress has been made over the last decade. While there have been huge steps forward for women’s rights – from the number of female leaders to the MeToo movement – for women in many corners of the world it still feels like there is a long way to go.

The list also reflects the role of women at the heart of conflict around the world in 2022 – from the protesters bravely demanding change in Iran, to the female faces of conflict and resistance in Ukraine and Russia,” the BBC said.