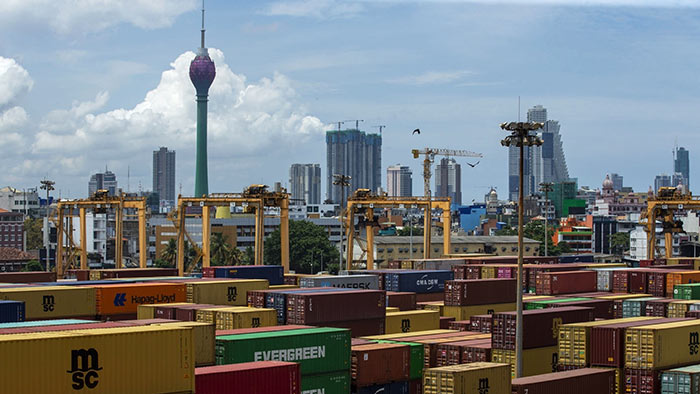 Buildings are seen over the containers at the Port of Colombo in Colombo, Sri Lanka, on Wednesday, April 25, 2022. (Photographer: Buddhika Weerasinghe / Bloomberg via Getty Images)

Earnings from merchandise exports declined in October 2022 – on a year-on-year basis – for the first time since March 2022 due to lower earnings from garments exports, the Central Bank of Sri Lanka (CBSL) says.

The decline in import expenditure continued in October 2022, (y-o-y), for the eighth consecutive month, despite recording an increase, compared to September 2022.

The merchandise trade deficit recorded a notable contraction in October 2022, compared to the previous year.

Foreign investment in the government securities market and the Colombo Stock Exchange (CSE) recorded a marginal net inflow during October 2022.

Meanwhile, the weighted average spot exchange rate in the interbank market remained around Rs. 363 per US dollar during the month.