I will bring about the revolution I promised, but not through military rule, says President 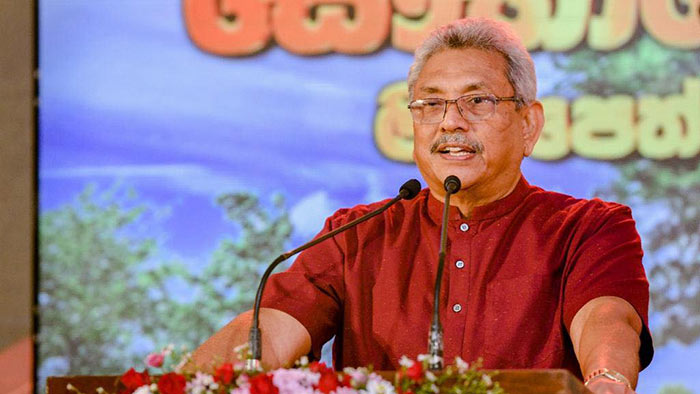 President Gotabaya Rajapaksa yesterday vowed to keep to his promise of introducing a revolutionary change, as promised, but will not resort to a military type rule.

He was addressing a ceremony in Weeraketiya to mark the completion of 1500 road projects islandwide.

“Some people said they expected a person like a military person. That is possible, but this is a democratic country and there was no necessity for that,” he said. He added there was no need to force the farmers to use organic fertiliser.

“I will make the revolutionary change. We do not have gas, coal or oil, but we have sustainable energy . There are protest when we try out these projects. These are some things which we promised,” he said.

He said in the past there were long vehicle convoys when leaders travelled, but that has been changed now.

“I stayed in a small hotel when I went to the UN while my wife paid for her ticket. During my visit people asked me why I did not bring a bigger group like the previous leaders,” he said.

He said he had told ministers not to appoint relatives as co-ordinatring secretaries.

He said people asked for a revolutionary change in the runup to the elections and that he will ensure that the revolionary change takes place.

The President said the country is going through difficult circumstances due to the pandemic.

3 Responses to I will bring about the revolution I promised, but not through military rule, says President

Home » I will bring about the revolution I promised, but not through military rule, says President