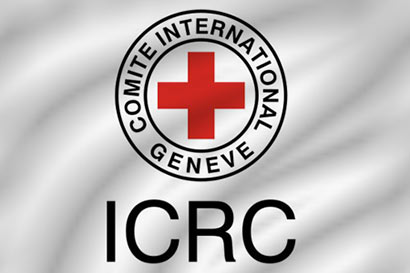 The ICRC started operations in Sri Lanka in 1989, an invitation extended by late President Premadasa following his tryst with the LTTE and with LTTE expanding its terror ICRC was able to expand its operations too. What is noteworthy is that ICRC established its offices in areas that were held by LTTE and this certainly questions ICRC’s claim to be ‘impartial’ ‘neutral’ and ‘independent’ as set out by its global mission statement established in 1863. We run through some of ICRC’s past.

Accentuating these ambiguities further is how an impartial, neutral and independent body would call for the immediate declaration of a demilitarized zone in the area covering the Jaffna Fort and the Jaffna hospital. This was declared in July 1990. In fact John Amaratunga then Minister accepted the proposal of the ICRC to the surprise of all which eventually resulted in the overrunning of Kokavil and Kilinochchi by the LTTE and major battle losses for the Sri Lankan Military even having to vacate Mankulam. “Why should we have demilitarized zones and ceasefires when they are brutally massacring innocent people? I am not in a mood for any demilitarized zone or ceasefire” was what State Minister for Defense Ranjan Wijeratne had to say when he learnt of the move to declare a demilitarized zone by the ICRC with blessings of John Amaratunga!

In another example that questions the impartial / neutral and independence of the ICRC was its suggestion to give publicity to LTTE’s release of 15 Tamil speaking policemen. Ranjan Wijeratne had pointed out that LTTE had killed 600 policemen so the release of 15 policemen was a mere publicity gimmick. While ICRC was working towards demilitarized zones – LTTE had even stormed the Kattankudy mosque killing 150 Muslims in prayer. What needs to be reiterated is that the ICRC did not make ANY COMMENT on LTTE atrocities during this entire period. Much of ICRC’s records of actions throughout this period where LTTE’s atrocities were at an all time high reveals a high degree of bias which the international agency needs to accept without defending itself.

Some of ICRC’s press briefings closer to the end of war reveals some clues missed out by the Sri Lankan Government in arguing Sri Lanka’s case internationally.

” The hostilities are now taking place in a very narrow stretch of land along the eastern coastline of Sri Lanka. And within that narrow stretch, which had been declared a ‘no-fire zone’ by the government, tens of thousands of civilians remain trapped. At present we put their estimate at 50,000, “ (This was the ICRC press statement issued on 21st April 2009 declaring that their estimate of the Tamil civilians inside the no fire zone was 50,000 – this means that upto 21st April even ICRC did not know that the LTTE had 300,000 people – obviously we would need to question how many of them were civilians and how many were LTTE posing as civilians. There is also the question of the possibility that a large number of these people could have also been Indian illegal immigrants in which case it behoves the GOSL to determine how many Tamils in the North are actually Sri Lankan Tamils given that we are aware that the LTTE used Tamil Nadu as a transit hub and Tamil Nadu Indians were regularly making their way to Sri Lanka’s north during LTTE reign)

” They have repeatedly been prevented from leaving the area by the LTTEand are exposed at every turn to consequences of the hostilities between the government and the LTTE.“ (Key words – REPEATEDLY PREVENTED FROM LEAVING THE AREA BY LTTE – EXPOSED TO CONSEQUENCES OF HOSTILITIES – It is therefore the LTTE who compromised the lives of their own people. We continue to question how many of these civilians were in fact functioning as civilians. In an armed conflict as Sri Lanka’s situation has been defined civilians lose their rights as civilians if they have been functioning as combatants (by force or voluntarily, a soldier does not have time to determine which before defending himself from terrorists)

” The LTTE must keep its fighters and other military resources well away from places where civilians are concentrated, and specifically and urgently allow civilians who want to leave the area to do so safely, ” (these statements pose little doubt that the LTTE were keeping civilians by force and that the ICRC who were very much inside the war zone knew exactly how LTTE were treating these civilians and dragging them by force)

ICRC has also reminded the parties of the prohibition on attacking persons hors de combat (in other words, those no longer participating in hostilities) and of the obligation to treat captured combatants humanely.

(Whether civilians were participating in combat or not the 300,000 (we stop short of terming them ‘civilians’ for we cannot determine how many actually took part in some sort of terror activity) who eventually came to the Government side were given receptions that no Western nations currently in combat operations on invading nations treat the civilians in those countries)

” Many of these people are forced to shelter in trenches.They are in considerable physical danger. After having been forced to move from place to place en masse for weeks or even months, they depend entirely on food from outside the conflict area. “ (this takes us back to the visuals of C4 where much of the images relayed were of people in trenches and we can now determine how these footage came about)

Note: During the final phase of the conflict, the ICRC evacuated 13,800 casualties and accompanying relatives from the war zone to Trincomalee by sea – while the Sri Lankan Armed forces laying down 5000 military lives saved close to 300,000 Tamil civilians!

Then we come to instances when ICRC staff acting like politicians.

The relevance of this cable is that it was the US Ambassador himself sending a memo after his meeting with ICRC head of operations which clearly indicated that the army did not deliberately shell and in fact delayed the inevitable victory taking to consideration the civilian factor while the LTTE purposely kept civilians or kept themselves among the civilians. Proof of this was evident when a suicide bomber dressed as a civilian blew herself up near a makeshift refugee reception center killing military personnel as well as Tamil civilians.

Wiki cable by US Ambassador to Geneva Clint Williamson on July 15, 2009 after meeting with Jacque de Maio, ICRC Head of Operations for South Asia on 9 July 2009.

“On the LTTE, de Maio said that it had tried to keep civilians in the middle of a permanent state of violence. It (LTTE) saw the civilian population as a ‘protective asset’ and kept its fighters embedded amongst them. De Maio said that the LTTE commanders, objective was to keep the distinction between civilian and military assets blurred. They would often respond positively when ICRC complained to the LTTE about stationing weapons at a hospital, for example. The LTTE would move the assets away, but as they were constantly shifting these assets, they might just show up in another unacceptable place shortly thereafter.”

“De Maio said it would be hard to state that there was a systematic order to LTTE fighters to stick with civilians in order to draw fire. Civilians were indeed under ‘physical coercion not to go here or there,’ he said. Thus, the dynamics of the conflict were that civilians were present all the time. This makes it very difficult to determine though at what point such a situation becomes a case of ‘human shields.’ –  (If civilians were kept by force while LTTE was fighting with the Sri Lankan Army, the LTTE must shoulder all blame for putting civilians in harms way. Numerous appeals both international and local were made to the LTTE to release these civilians – LTTE refused to do so. Not stopping at that LTTE even used these civilians in combat and in an armed conflict these civilians automatically become combatants)

“The army was determined not to let the LTTE escape from its shrinking territory, even though this meant the civilians being kept hostage by the LTTE were at increasing risk….de Maio said, while one could safely say that there were ‘serious, widespread violations of IHL,’ by the Sri Lankan forces, it did not amount to genocide. He could site examples of where the army had stopped shelling when ICRC informed them it was killing civilians. In fact, the army actually could have won the military battle faster with higher civilian casualties, yet chosen a slower approach which led to a greater number of Sri Lankan military deaths. He concluded however, by asserting that the GSL failed to recognize its obligation to protect civilians despite the approach leading to higher military casualties. From his standpoint, a soldier at war should be more likely to die than a civilian.” (What is significant about what the ICRC head said to the US ambassador was that there was NO GENOCIDE committed by the Sri Lankan Army, that in desiring to save civilians the Army took longer to finish the operation thus compromising its own soldiers who died as a result. The military objective was to destroy the LTTE while also attempting to save the civilians kept by force or civilians staying voluntarily with the LTTE – this is something Western armies will not understand because their superiors order them to ‘shoot everything that moves’ or soldiers are ordered to engage in “360 degree rotational fire“)

Wiki cables from US mission

There is little doubt in taking the R2P target nations to realize that the UN is being used by the West in a racially oriented invasion drive that is all about imperial inquisition directed at Third World nations in particular the Blacks, Browns and Yellows of the world.

It is for these nations to decide whether they would be servants of the inquisitors serving as sepoys or help unite the nations of the Third World to build a formidable force against the rising racism by the imperial west using numerous international apparatus to keep the world’s public in check while the murder and plunder with impunity.

The build up to the manner Sri Lanka is being treated despite saving 300,000 lives whilst providing a safe nation for 20million people seems not to have any importance of those drafting Resolutions and they forget their silence over 30 years making a hypocrisy of going behind 4 months only.