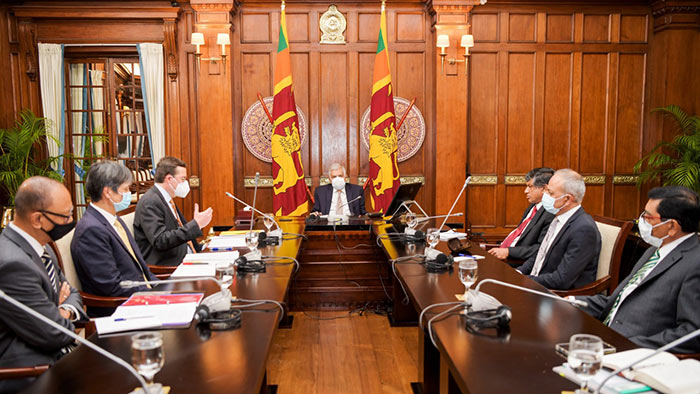 The President’s Media Division stated that the delegation discussed the current situation of the economic crisis faced by Sri Lanka during the meeting.

The meeting with the Head of State came after the delegates of the global lender kicked off discussions with the Governor of the Central Bank of Sri Lanka, Dr. Nandalal Weerasinghe this morning, to finalize a staff-level agreement for a possible USD 3 billion bailout package, including restructuring debt of about USD 29 billion.

The IM delegation will be in Colombo from August 24 to 31. Another round of discussion is scheduled to take place on August 26.

During the meeting with President Wickremesinghe, the IMF delegates decided to hold further discussions with the Central Bank officials on technical issues, the President’s Media Division (PMD) said.