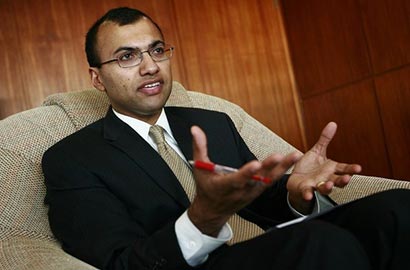 COLOMBO, Aug 20 (Reuters) – The International Monetary Fund on Monday raised concerns over the resignation of the head of the Securities and Exchange Commission, observing that the regulator had been taking the right steps to ensure market participants obeyed the rules.

SEC head Tilak Karunaratne resigned on Friday, saying he had come under pressure from stock market players under investigation for stock manipulation making false allegations against him.

His resignation was the second in less than nine months after his predecessor left amid complaints from brokers that tougher regulations were hurting stock prices.

“It is sad to see the SEC lose yet another strong chairperson, and in such a short period too,” Koshy Mathai, Sri Lanka’s IMF resident representative, told Reuters in response to an e-mail query on the resignation of Karunaratne.

The SEC chief had been pushing investigations into stock market malpractice, including so-called pump-and-dump deals in which investors are lured into apparently cut-price equities.

“From all credible accounts, Karunaratne and his team were taking exactly the right steps to ensure that stock market participants obey the rules.”

The global lender completed the disbursement of a $2.6 billion loan last month and said it was under preliminary discussions with Sri Lankan authorities for an extended fund facility.

Brokers said some market players had complained about Karunaratne to President Mahinda Rajapaksa that the former regulatory chief had over regulated the market and intimidated some key investors by sending strong summon letters for investigations.

“In any country, it is only with a firm set of regulations and an active regulator to enforce them that foreign and domestic investors will have confidence that the stock market is indeed a level playing field for all and not just designed for the benefit of a select few,” Mathai said.

“This is an important issue for Sri Lanka, as development of the capital markets is a key priority in ensuring the country’s continued rapid growth.”

Sri Lanka’s stock market has fallen more than 20 percent since the start of the year.

The Finance Ministry has yet to appoint a regulatory head, but SEC sources said it would be meaningless to expect a new SEC chief to promote the market under the influence of a group of manipulating individuals instead of regulating it.

Analysts and stock brokers are highly divided over Karunaratne’s resignation with some noting regulation will be difficult to enforce even under a new SEC chief as investors are powerful enough to lobby against any probes.