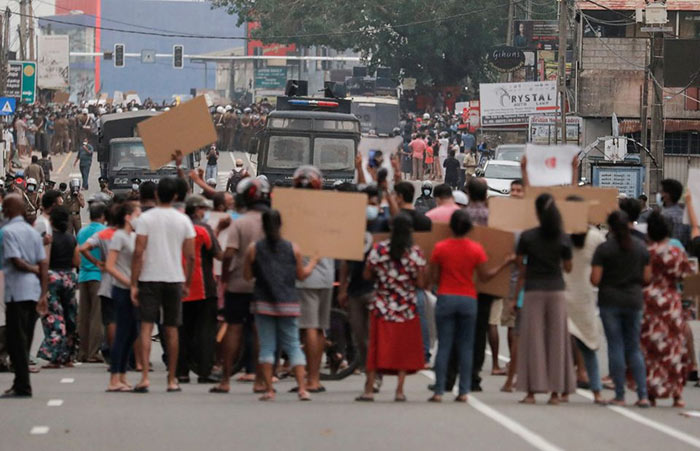 Sri Lankan President Gotabaya Rajapaksa dropped his brother as finance minister on Monday after disbanding the government and calling for a unity administration, as protests over the country’s economic crisis focused on the role of the ruling family.

The debt-laden country, run by Rajapaksa and several members of his family since 2019, is struggling to pay for imports of fuel and other goods due to a scarcity of foreign exchange, leading to hours-long power cuts and a shortage of essentials.

Police used tear gas to disperse hundreds of protesters who gathered outside Prime Minister Mahinda Rajapaksa’s private residence in Tangalle, in southern Sri Lanka. Mahinda, the president’s elder brother, was away in the country’s commercial capital Colombo at the time. 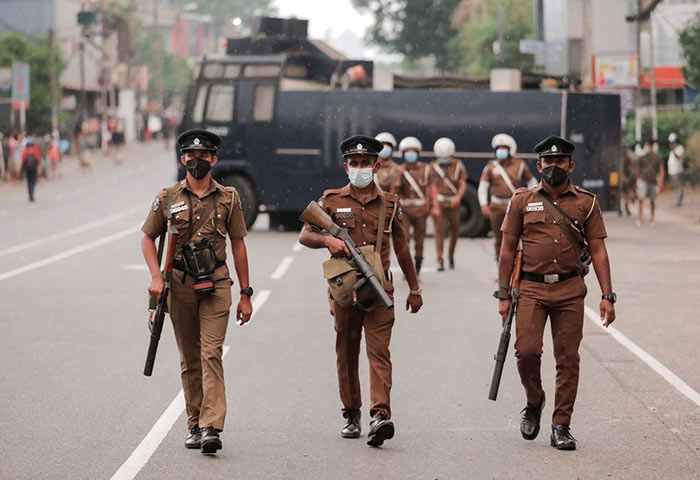 “Protesters broke through two barricades that had been placed near the residence and police had to use tear gas to move the protesters away,” police spokesperson Nihal Thalduwa said.

After many protesters demanded the total ouster of the Rajapaksas, the president’s media office said in a statement four new ministers had been appointed “to ensure parliament and other tasks can be conducted in a lawful manner until a full Cabinet can be sworn in.”

The president’s nephew resigned as sports minister in the government that was disbanded while the central bank governor offered to quit. The central bank delayed its monetary policy announcement scheduled for Tuesday.

The media office said Justice Minister Ali Sabry was named finance minister, replacing Basil Rajapaksa, who was due to visit Washington this month for talks with the International Monetary Fund (IMF) on a loan programme.

Ministers of foreign affairs, education and highways will keep their positions.

“The president invites all political parties representing in the parliament to come together to accept ministerial portfolios in order to find solutions to this national crisis,” the media office said.

Udaya Gammanpila, chief of one of the 11 political parties comprising the ruling coalition, called the new cabinet “old wine in a new bottle”.

“Our demand is for an all-party interim government to restore essential services and to hold a parliamentary election,” Gammanpila of the Pivithuru Hela Urumaya party wrote on Twitter. “People should decide their next leaders, not anybody else.” 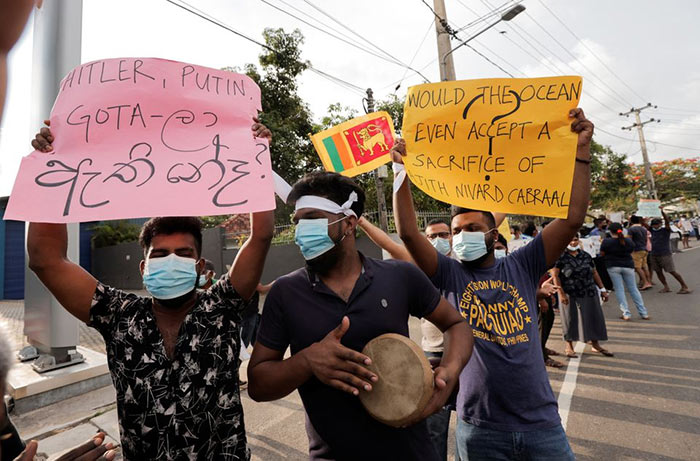 The developments come after the president declared a state of emergency on Friday, following street protests in the island nation of 22 million.

The power regulator said daily power cuts would be reduced to 6-1/2 hours for the rest of the week from about seven now, after the Energy Ministry pledged to release 26,000 tonnes of diesel and furnace oil to multiple power plants.

Charmara Nakandala, a protester, said the cabinet changes were temporary attempts to placate the public.

“This cabinet change is to try and fool the people,” Nakandala, a marketing executive, said at a protest in Colombo. “This government is over. Rajapaksas no longer can save this by playing musical chairs.”

Paikiasothy Saravanamuttu, executive director of the Centre for Policy Alternatives think-tank, said there would be some dissatisfaction with the president holding on to his position.

“The demands on the street were that Gotabaya Rajapaksa should go,” Saravanamuttu said. “He was the target.”

Sri Lanka’s sovereign dollar bonds tumbled more than 5 cents in the dollar in early trading before recouping some of the losses, with many issues trading at deeply distressed levels of around 45 cents and not far off record lows hit in early March, Tradeweb data showed. , ,

The country off India’s southern tip is also grappling with soaring inflation after the government steeply devalued its currency last month ahead of the IMF talks.

Sri Lanka’s expenditure has exceeded its income under successive governments while its production of tradable goods and services has been inadequate. The twin deficits were badly exposed by the COVID-19 pandemic that crippled tourism, its economic mainstay.

Toshi Jain at J.P. Morgan estimated Sri Lanka’s gross debt servicing costs would amount to $7 billion this year with the current account deficit coming in at around $3 billion. 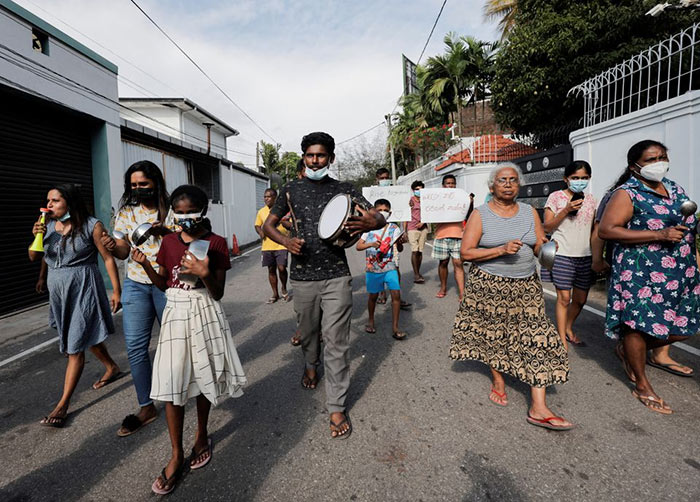