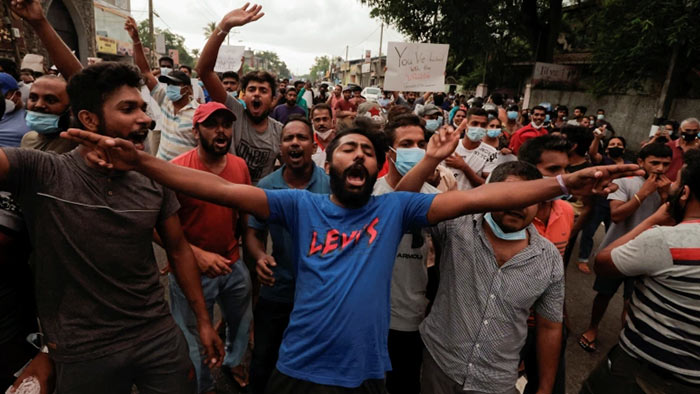 Several public protests are being carried out in most parts of Sri Lanka against the government and the current economic crisis.

A group of residents from Colombo 07 staged a protest opposite the Nelum Pokuna Theatre in Colombo today morning (April 04).

The residents in Homagama staged a protest in the Town as well.

The Voice of the Independent Artists Organisation staged a protest opposite the Diyatha Uyana in Battaramulla today morning.

Another group of artists representing the Cinema Industry staged a protest opposite the National Film Corporation.

Several groups banded together today morning to protest against the current economic crisis in Sri Lanka in Galle.

Lawyers and other social groups converged opposite the Galle Bus Station and commenced the protest.

At the same time, a massive protest took place in the Polonnaruwa Town calling for the resignation of the government.

A protest is underway obstructing the Tangalle – Kataragama Main Road close to the Carlton House in Tangalle.

Protests have increased across Sri Lanka after thousands decided to protest on the road leading to the President’s private residence on the 31st of March 2022.