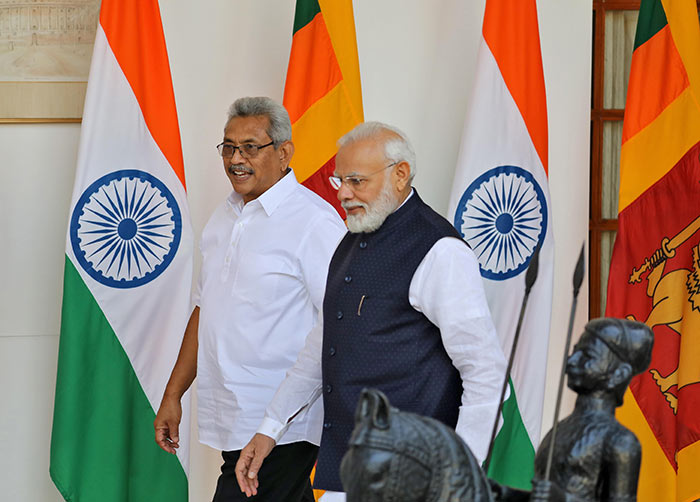 Sri Lanka, located off the southern tip of India, has become an arena of competing influence between New Delhi and China, which has built ports, power stations and highways as part of President Xi Jinping’s signature “Belt and Road Initiative”, designed to boost trade and transport links across Asia.

But the terms of some of those projects have drawn criticism from politicians in Sri Lanka and opened the way for countries such as India, the United States and Japan to rebuild ties in the Indian Ocean country that lies near key shipping lanes.

Rajapaksa, Sri Lanka’s former wartime defence chief, is on his first visit to India after a sweeping election victory earlier this month won on a platform promising to pull the country out of its deepest economic slump in more than 15 years.

He told reporters he wanted to take bilateral ties with India to a “very high level”.

Modi said India would provide Sri Lanka with $50 million for its security needs in addition to the $400 million for infrastructure. “India is fully committed to the development of Sri Lanka,” he said.