Want to take ties with India to higher level – President 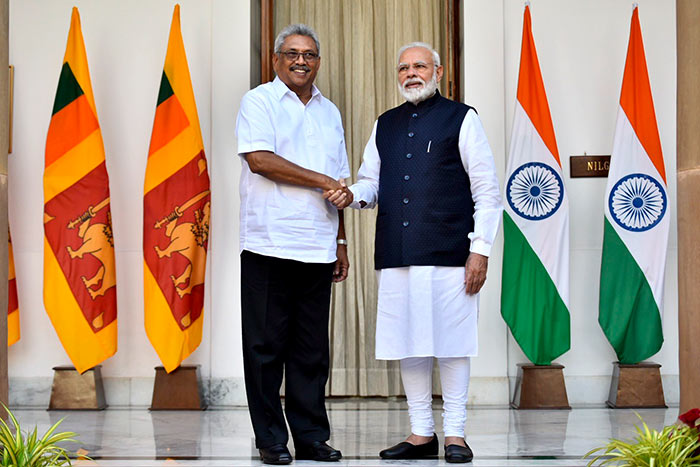 Sri Lankan President Gotabaya Rajapaksa on Friday said he would strive to take his country’s bilateral relationship with India to a “very high level”.

Speaking to reporters after a ceremonial welcome at the Rashtrapati Bhawan, he also said both India and Sri Lanka need to work together on issues relating to security and overall welfare of the people of the two countries.

Rajapaksa arrived in Delhi on Thursday on a three-day visit, in his first overseas tour after taking over the reins of Sri Lanka 10 days back in reflection of importance he attaches to ties with India.

The Sri Lankan leader said his expectations from the visit were very high. Prime Minister Narendra Modi and Rajapaksa are holding talks covering the entire expanse of bilateral ties.

“During my tenure as president, I want to bring the relationship between India and Sri Lanka to a very high level. We have a long-standing relationship historically as well as politically,” Rajapaksa said.

Both the countries need to work together on key issues like security, economic development and welfare of the people of India and Sri Lanka, he said.

“We need to work together for the benefit of the people of India and Sri Lanka,” Rajapaksa said in the presence of Prime Minister Modi and President Ram Nath Kovind.

Earlier, External Affairs Minister S. Jaishankar met Rajapaksa during which a range of bilateral and regional issues were discussed.

A plethora of issues, including fulfilling the aspirations of the Tamil community in Sri Lanka, situation in the Indian Ocean region and steps to boost trade and investment ties, are expected to figure in the talks between Modi and Rajapaksa.

Last week, India said it was looking forward to work closely with the new Sri Lankan government and hoped that it would be able to fulfil the aspirations of the Tamil community in that country.

Rajapaksa, a former defence secretary who is credited with ending the country’s long civil war, was sworn in as the island nation’s new president on November 18, a day after he won the closely fought presidential election in island nation.

Jaishankar had travelled to Colombo last week as a special envoy of Prime Minister Modi to convey his greetings to Rajapaksa. 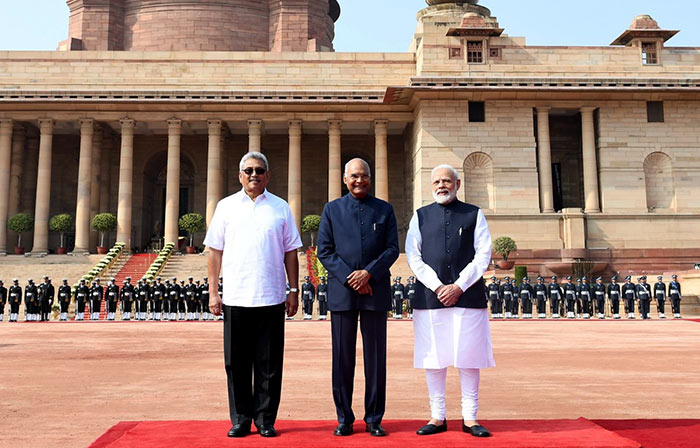 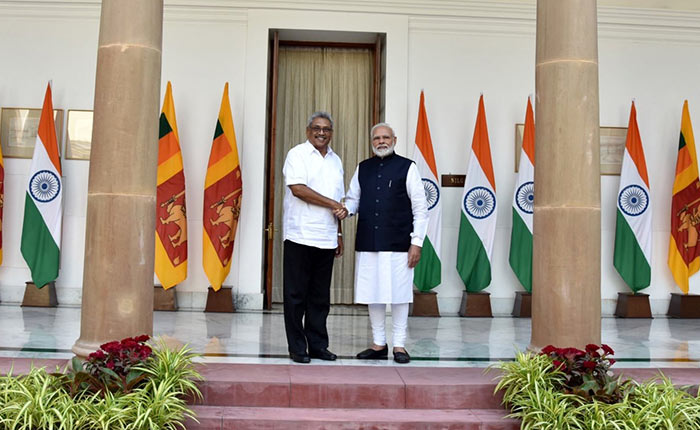