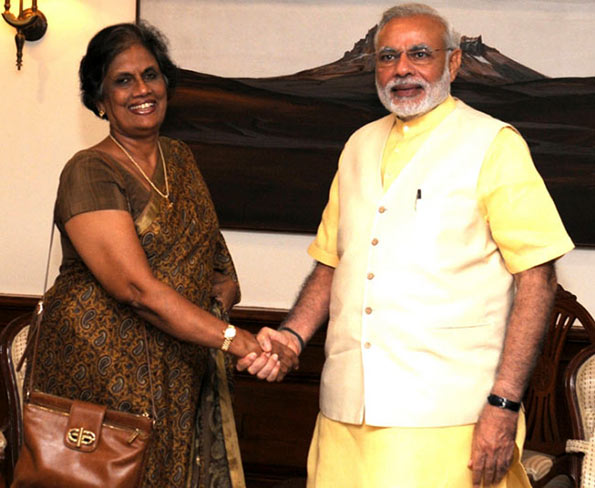 Kumaratunga, who is in India to attend the ongoing international conference ‘Samvad – Global Hindu-Buddhist Initiative on conflict avoidance and environment consciousness’, discussed with Modi the bilateral issues as well as developments in her country.

Modi deeply appreciated the leadership role played by Kumaratunga in the country and in strengthening relations between India and Sri Lanka, a PMO statement said.

He expressed confidence that she would continue to play an important role in Sri Lanka to move towards genuine reconciliation and social harmony where the aspirations of all the communities would be met within the framework of united Sri Lanka, it added.

The Indian Prime Minister reiterated that India attaches the highest importance to its relations with Sri Lanka, the statement said.

Noting that the two countries enjoy deep and enduring links of kinship, history and culture, he said he looks forward to continue to working closely with the Sri Lankan President and the Prime Minister to take the relationship to new heights.

He also welcomed the successful holding of parliamentary elections in Sri Lanka in a peaceful and participative manner as reflective of the strength of democracy in the country, the statement said.