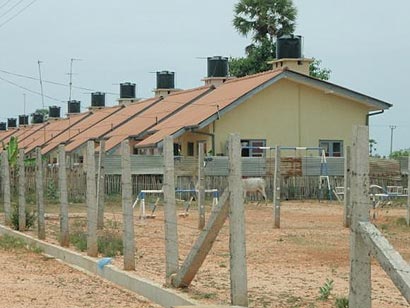 An MoU was signed last week between Hindustan Prefab Limited (HPL) under the administrative control of the ministry of housing and urban poverty alleviation and the ministry of external affairs for taking up the project. Krishna will leave for Colombo on Thursday where he will hold bilateral talks, call on President Mahinda Rajapaksa as well as open Indian consulates in Jaffna and Hambantota. Krishna and his Sri Lankan counterpart G L Peiris will preside over the meeting of their Joint Commission in Colombo.

The Indian minister will inaugurate a housing project and rail links in Sri Lanka’s north, which was the main war theatre. One of the railway lines will link Talaimannar and Madhu Church in Lanka’s northwest and the other will link Omanthai and Pallai in north. While Colombo has almost completed the process of resettlement, Krishna is expected to take up the issue of devolution of power to the minorities, a commitment made earlier made by Sri Lankan leaders to New Delhi.

Courtesy: The Times of India