Budget 2011 – development oriented and brings relief for all; New Minister to swear in Monday Morning 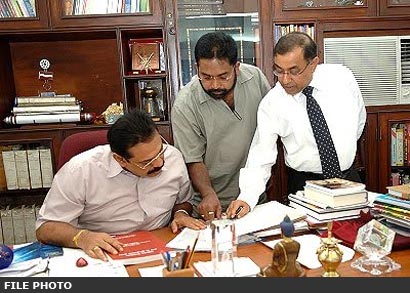 The 2011 Budget will be development-oriented and will bring relief to all sectors of the society. According to a Presidential aide the budget relief will be in numerous ways. Tax reliefs, welfare measures and host of other relief measures are expected to be included in the Budget proposal to be presented by the President as Minister of Finance in the afternoon on Monday the 22nd November in Parliament.

Deputy Economic Development Minister Ranjith Siyambalapitiya has said that the budget will lay the foundation to make Sri Lanka a developed nation, which is a challenging task for the country. This is the first budget after President Mahinda Rajapaksa’s second swearing-in on Nov 19. MEANWHILE the cabinet of ministers are expected to be sworn in Monday morning at the Presidential Secretariat before the President.

4 Responses to Budget 2011 – development oriented and brings relief for all; New Minister to swear in Monday Morning

Home » Budget 2011 – development oriented and brings relief for all; New Minister to swear in Monday Morning