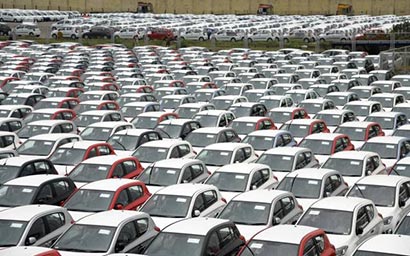 Clearly unhappy over the decision of the Sri Lankan Government to impose fresh import duty on automobile exports from India, the Government, on Monday, indicated that it would explore the option through diplomatic channels to prevail upon Sri Lanka to bring down the import tariff as such a move could hit Indian vehicle exports to the Island nation.

“India is mulling various options to deal with the situation. One of the options is to approach purely diplomatically, and request the Sri Lankan Government because it is a win-win situation if they cut down the tariff,” Additional Secretary in the Commerce Ministry, Rajeev Kher told reporters on the sidelines of a FICCI function here.

The move by Sri Lanka is likely to hurt exports from India and has put the automobile industry in a quandary as Sri Lanka is very important market for the Indian automobile companies.

“Sri Lanka is a very important market as far as cars and commercial vehicles are concerned. Obviously, we are concerned about it. We believe that the very substantial rise in import tariff in Sri Lanka is going to adversely affect our car exports to that country,” he added.

Recently, the island nation increased import duties on vehicles by almost 100 per cent, which has adversely impacted exports from India. “Last year, India had exported vehicles worth $6 billion out of which automobiles worth $800 million had been sold in the Sri Lankan market. Now this has almost gone,” Society of Indian Automobile Manufacturers (SIAM) Director General Vishnu Mathur said.

Earlier, the increase in duties affected small cars, two-wheelers and three-wheelers exports from India. Just two weeks before, they had increased duties on sports utility vehicles as well.

India had planned to host an Auto Expo in Sri Lanka but that had to be postponed keeping in mind the present situation on the automobiles front.