Indian charged with murder of his Sri Lankan colleague in Malaysia 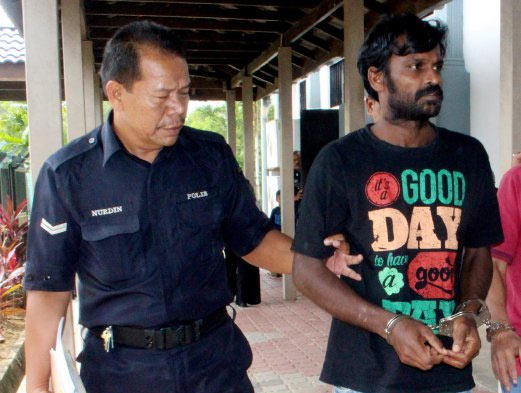 An Indian immigrant labour was charged at the Magistrate’s Court in Sungai Petani , Malaysia yesterday with the murder of his Sri Lankan colleague two weeks ago.

No plea was recorded from the accused, Durga Rao Ketali, 30, when the charge was read by the court interpreter before Magistrate Adibah Husna Zainal Abidin.

Durga is charged with the murder of Sumith Nishantha Silva Appu Kankanamalage at Padang Buluh Estate, Jalan Sidam Kiri in Malaysia  about 9pm on Feb 9.

He is charged under Section 302 of Penal Code which carries mandatory death penalty if convicted.

Inspector Sharol Niza Serat prosecuted while the accused was not represented. The court fixed April 2 for mention pending an autopsy report. It was reported that the victim, in his 50s, died on the spot when the accused smashed his head with a concrete slab following an argument at the workers’ hostel.