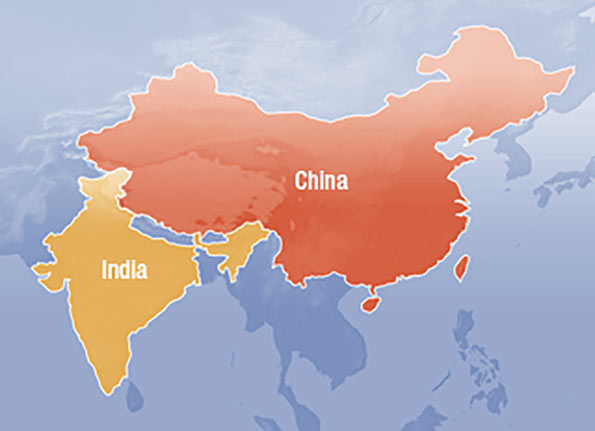 China recognizes India’s special role in stabilizing the strategic Indian Ocean region but the perception that it is India’s “backyard” may result in clashes, Chinese military officials and experts have cautioned.

“The word backyard is not very appropriate to use for an open sea and international areas of sea,” Senior Captain Zhao Yi, associate professor of the Institute of Strategy in China’s National Defence University, said during a rare candid interaction with the resident Indian journalists in Beijing and a visiting Indian media delegation.

“I admit geographically speaking, India has a special role to play in stabilizing Indian Ocean and the South Asian region,” he said while replying to a question on rising concerns in India over the Chinese navy’s increasing forays into the Indian Ocean.

Citing the observations of a US researcher who predicted that Indian Ocean could be the focus of 21st century and as a result severe clashes could break out, Captain Zhao said though he did not agree with the American scholar, such a possibility cannot be “eliminated” if the Indian Ocean is continued to be perceived as India’s backyard.

Chinese navy’s increasing presence in the Indian Ocean comes in the background of the release of a White Paper published by the People’s Liberation Army (PLA) recently, outlining a new military strategy enhancing its navy’s duties for the first time to “open seas protection” far from its shores.

Also the presence of Chinese submarines at Colombo port last year and most recently in Karachi sparked concerns in India.

The interaction between the Indian media and a team of Chinese military experts headed by spokesman of the Chinese defence ministry, Senior Colonel Yang Yujun, arranged by the All China Journalists Association was aimed at promoting better understanding between the two countries as they seek to forge closer political, military and trade ties.

Elaborating on PLA Navy’s activities in Indian Ocean, Zhang Wei, researcher of the PLA Navy Academic Institute, said since 1985, Chinese navy ships visited lot of countries in the Indian Ocean region including India, Sri Lanka, Bangladesh and Pakistan. More Chinese ships are crossing the Indian Ocean as it has become a major pipeline for trade for China, she said.

Also Chinese navy’s presence there is to protect the security of sea lines especially against piracy. The PLA navy provided escort services to over 6,000 ships in Gulf of Aden. Half of them were foreign vessels, Zhang said.

“So I do not agree that the presence of Chinese naval ship is expansion of the Chinese military,” Zhang said.

“The Chinese government has been very prudent in handling PLA navy’s navigation to the Indian Ocean. Most of time our submarines go to Indian Ocean, we diplomatically inform our neighbouring countries. We should enhance cooperation in order to enhance mutual trust at the level of military and government. By conducting trainings and mutual visits, mutual trust can be gained,” she said.

On the Malabar Exercises involving navies of India, the US, Japan and Australia, spokesman Yang said the exercises should be conducive to the region and should not violate interest of any third party.

On the establishment of Air Defence Identification Zone, (ADIZ) in the disputed South China Sea ,Senior Colonel Yang Yujie, director, PLA Air Force Command, said China did not properly convey its message of imposing in ADIZ in East China Sea when it was imposed in 2013.

Misunderstandings about Chinese ADIZ persisted even though more than 20 countries have imposed their own ADIZs.

While establishing an ADIZ in SCS is in the scope of China’s sovereign right, the situation in SCS at present is stable, Yang said. “We have the confidence and willingness to maintain stability and peace in SCS. That is why we did not come up with the decision to establish ADIZ in SCS,” she said, PTI reports.

1 Response to Indian Ocean cannot be backyard of India – China