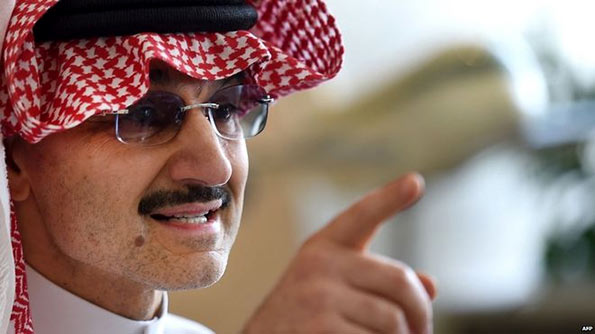 The 60-year-old nephew of King Salman is one of the world’s richest people.

He said he had been inspired by the Gates Foundation, set up by Bill and Melinda Gates in 1997.

The money would be used to “foster cultural understanding”, “empower women”, and “provide vital disaster relief”, among other things, he said.

Mr Gates praised the decision, calling it an “inspiration to all of us working in philanthropy around the world”.
Prince Alwaleed is at number 34 on the Forbes list of the world’s richest people.

The money will go to the prince’s charitable organisation, Alwaleed Philanthropies, to which he has already donated $3.5bn.