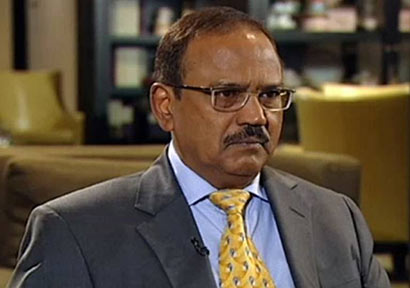 Mr. Doval, who is in Sri Lanka to attend the Galle Dialog 2014, congratulated Sri Lanka on hosting the conference and for the international recognition it has garnered since it started only four years ago.

The inaugural Galle Dialogue in 2010 was held with the participation of about a dozen countries. This year, it has attracted representation from more than 60 countries around the world.

Discussing bilateral relations, Mr. Doval expressed much satisfaction on the quality and range of relations between Sri Lanka and India. President Rajapaksa and Mr. Doval also discussed ways in which to further strengthen these ties.