IS member linked to Zahran Hashim arrested in India 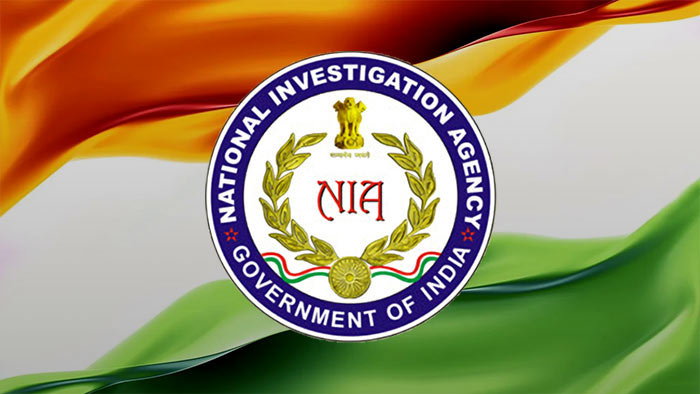 India’s National Investigation Agency (NIA) on Wednesday arrested a member of terrorist organisation Islamic State (IS), who was in touch with the ringleader of 2019 Easter Sunday bombings in Sri Lanka, for his alleged links with suspects in the October 23 blast in Tamil Nadu’s Coimbatore.

The federal agency also arrested another man, identified as Sanofar Ali, for allegedly taking part in plans to carry out terror attacks in the country.

NIA officers familiar with the developments said IS member Sheikh Hidayatullah was allegedly in touch with Maulvi Zahran bin Hashim, the ringleader of the deadly Easter Sunday bombings in Sri Lanka on April 21, 2019 that claimed over 250 lives.

Both Hidayatullah and Sanofar Ali were arrested from Tamil Nadu, an NIA officer said.

“Investigations have revealed that the accused persons had entered into a criminal conspiracy in the interior of forested regions of Asanoor and Kadambur areas of Sathyamangalam forest, Erode district, in February 2022,” NIA said in a statement. “The meetings were led by previously arrested accused Umar Farooq and participated by deceased accused Jameesha Mubeen (died in Coimbatore blast), along with Mohammed Azharuddin ,Sheikh Hidayatullah and Sanofar Ali, where they conspired to prepare for and execute terror acts.”

Jameesha Mubeen, who was questioned by NIA in 2019 for alleged terror links, was charred to death in suspicious circumstances after the LPG cylinder inside a Maruti 800 he was driving exploded near Kottai Eswaran temple in Coimbatore’s Ukkadam on the morning of October 23. The incident took place around 200 metres from a police patrol.

The deceased was registered as the prime accused in the blast case. The state police had invoked the stringent Unlawful Activities (Prevention) Act (UAPA) in the case, which was later handed over to NIA.

According to NIA officers cited above, Hidayatullah, who has been propagating IS ideology since 2017, was earlier arrested along with Azharuddin in June 2019. He was released on bail in 2020. Azharuddin from Ukkadam and leader of Kerala-Tamil Nadu IS module is currently in jail for the Sri Lanka bombings.

All the above accused were inspired by Hashim, who masterminded and executed the Sri Lanka bombings – in which 252 people were killed – and planned to carry out similar attacks in two south Indian states at that time.

Prior to the Sri Lanka bombings, Hidayatullah and Hashim were in touch through a Facebook page “KhilafahGFX”, according to NIA’s charge sheet filed against Hidayatullah in 2019.

Home » IS member linked to Zahran Hashim arrested in India