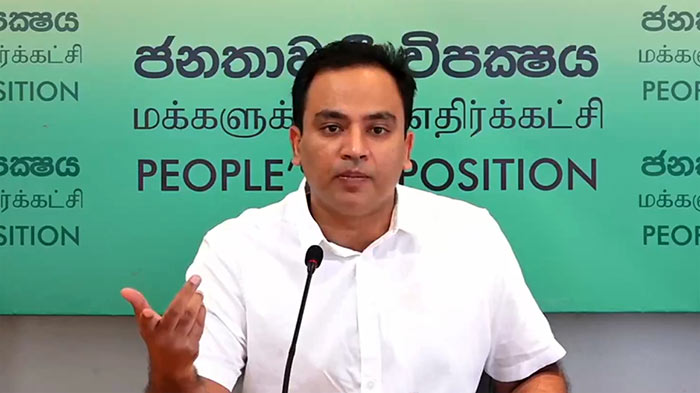 Speaking at a media briefing today, the MP urged the government to pay special attention to such individuals.

He claimed that individuals who lost employment owing to the virus are being provided half a month’s wage or a significant sum of money by the government in foreign countries.

However, MP Rajakaruna charged the government of failing to support the unemployed and instead directing large sums of funds on unnecessary projects.

MP Rajakaruna also claimed that the virus is increasingly spreading at present, adding that isolation status is being lifted, owing to the economic difficulties people are faced with and in order to overturn a negative economic outlook.

The MP stated this is evident through the actions of the government in lifting isolation when the COVID-19 situation in the Western Province is at its worst, which has also been indicated by the Ministry of Health.