It was a lost opportunity with Ford reversal 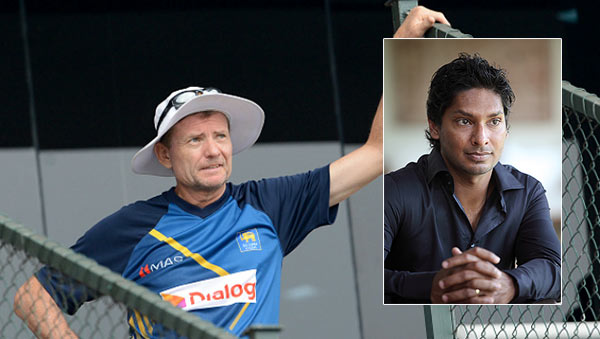 Ford’s tenure came to a premature end under controversial circumstances in June. He told the Sunday Times he was “devastated” by the circumstances that forced his early exit.

“We need to now start having long-term plans,” Sangakkara said in an interview, the first part of which the Sunday Times published last week. “We need to understand that what happens tomorrow is a step towards what we need to achieve two, three years, down the line.”

Sangakkara said Sri Lanka had the opportunity to set that blueprint down with Graham Ford. “I know Graham Ford personally and a lot of players know him,” he reflected. “And anyone who knows him knows he’s a fantastic coach, a fantastic person, and he has the ability to lead, especially young sides, towards great success.”

Sri Lanka should now see whether Nick Pothas is the right coach or whether a new one is needed, and to introduce stability into the cricketing structure. “Without that stability, without that long-term blueprint, it’s very difficult,” Sangakkara emphasised.

Having served Sri Lanka Cricket (SLC) from 2012-2014, Ford was reluctant to return. Sangakkara enticed him back, promising him stability and job security. Architect of Sri Lanka’s famous Test series win against Australia, Ford had a full two years left. He was originally appointed to guide the team through to the 2019 World Cup in England.

A head coach sets down the cricketing culture for a side, even the captain, Sangakkara said. He formulates a blueprint for where the team needs to go. “If you take (Ravi) Shastri and (Virat) Kohli, Trevor Bayliss and Joe Root, if you take (Russell) Domingo and AB de Villiers, or (Faf) du Plessis or Hashim Amla, Brendon McCullum and Kane Williamson, you see the strong bond between a captain and a coach, where they sit down and they make a blueprint,” he pointed out.

In Sri Lanka, that bond was not allowed to be established. This largely contributed to the present state of the national team. Sri Lanka is today among the lowest ranked teams in cricket.

“In England, you have a director of coaching in Andrew Strauss,” Sangakkara continued. “In Sri Lanka, we had Asanka Gurusinha as cricket manager,” he explains. “But the difference was, in England, Andrew Strauss had been appointed before any coaching appointment was made. Here, Asanka came in later on with, maybe, different views from Graham Ford. So suddenly there is, then, friction that doesn’t need to be there.”

“Suddenly, there is a new coach who has a different philosophy,” he explained. “Then, you’ll have others with different ideas. So it’s a very confusing time for players. That is why there has to be consistency in everything.”

“Every board has the right, of course, to hire or fire whoever they see fit. But it has to be done with a long-term vision, not as a stopgap,” Sangakkara said. When the board hires someone, it has to be after a thorough vetting. “They (have to be) very confident that they see the man on the job, not just for two weeks or three weeks, but to go beyond that and to take the team on a long journey of success.”

When these decisions are made without considering a long-term strategy, it has a detrimental impact on the team as evidenced now.

It is two years since Sangakkara retired from international cricket. There is widespread belief that he and Mahela Jayawardene must come forward to resurrect the game. He said he was willing–but only if a proper system is put in place.

“I think before we do anything in recruitment or getting people involved, we must have a very honest discussion among the stakeholders of cricket as to what is the current situation, what has contributed to it and how do we progress beyond it,” he says .

There must be a commitment on every side to make sure that, if change is necessary, it is done–no matter how difficult. The conversation must take place quickly with the objective of drawing up a blueprint of how the cricket structure is going to change, what needs to be done. The commitment must be honoured.

With the national team undergoing a lean patch, there are suggestions in some quarters that Sangakkara–who is still playing franchise cricket around the world–should come out of retirement and play for the Sri Lankan side again. But he ruled out a return.

“I think the time I left was right,” he says. “There was enough experience, enough talent, and enough ability in that dressing room and outside the dressing room. When you see how well we played against Australia–the most inexperienced Sri Lankan side, probably ever, to play Australia, thrashed them 3-nil.”

“So you can’t say that the team is bad or the players are bad,” he said. “Overnight, or over six months, players who are that good don’t become a bad side or bad players. There are contributing reasons for where we are now.”

“I retired at the right time,” he reiterated. “I still play overseas cricket because it’s not as intensive or as demanding as playing for your country. When you play for your country, you can’t take time off or practice half-an-hour or one hour a day and then play cricket. In franchise cricket and in county cricket, the atmosphere, although the pressure is very high and the stakes are also very high, it is slightly more relaxed, in a manner, and the pressure is different to what you face at an international level.”

The Sri Lankan side has players with ability and talent to become successful–provided changes are made. “Cricketing success is a combination of a strong cricket team, a strong structure of cricket at national, international and grassroots level, a strong and stable administration, a supportive and constructive press and a strong public following and sponsors,” he said.

“The partnership between all of this has to exist properly for any sport, not just cricket, to thrive internationally,” he stressed. “You will see that countries that do well will have that kind of partnerships between all these different sections. So if the public can trust the methodology, can trust the message, can trust the administration, and they understand what the team is doing and what they’re doing it for, their support is always unconditional.”

Even in the short-term, Sri Lanka needs stability. “You identify your best 14 players and just play for a consistent period of time rather than having people come in and out,” Sangakkara said.

The players, at the same time, will need an honest discussion among themselves, he urged: “To say, ok, we have issues, we have chaos, but how do we then get beyond this? How do we insulate ourselves from all of this, how do we build trust between each other as players, how do we work with the coaching staff to get the best results that we need? And then commit to that, no matter what happens around them.”

“So it’ll be a sharing of responsibility between two sets of people: One, the selectors and, the other, the coaching staff and the players. And if they stay strong together, and they understand the way forward, at least for the short-term, then I think the results will come.”

3 Responses to It was a lost opportunity with Ford reversal

Home » It was a lost opportunity with Ford reversal