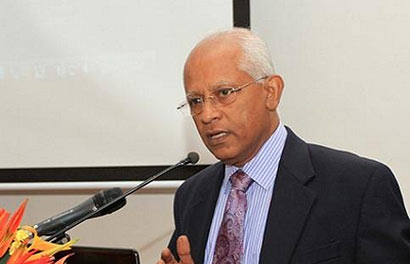 Weeratunga and former Secretary to the Media Ministry, Charitha Herath, made statements during the first public hearing of the Presidential Commission of Inquiry to Investigate and Inquire into Serious Acts of Fraud, Corruption and Abuse of Power, State Resources and Privileges (PRECIFAC) on Friday (16). Weeratunga, when queried about the appointment, admitted to having written to Rambukwella instructing the appointment, as per presidential orders.

The Commission was probing allegations with regard to the appointment of ITN’s head in September 2014, in violation of standard procedure amounting to abuse of power.

Herath also referred to several rounds of discussions being held over ITN’s losses and when queried further, withdrew his statement.

Senaratne served as ITN Chairman from November 2010 to 9 September 2014.

The second public hearing is fixed for October 29 and 30.