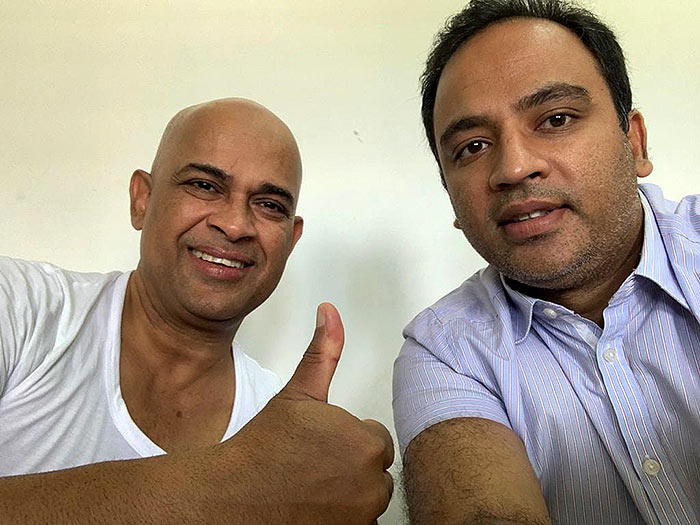 A jailor who had allegedly allowed MP Harshana Rajakaruna to take a selfie with imprisoned MP Ranjan Ramanayake at the Angunakolapelessa Prison has been interdicted, the Prisons Department said.

MP Rajakaruna, who visited Ranjan Ramanayake at the Angunakolapelessa Prison on Monday had taken a selfie there and later posted it on his Facebook.

Prison spokesman Chandana Ekanayake said MP Rajakaruna was allowed to take his mobile phone inside the prison by the STF personnel who were handling the security arrangements outside the prison.

However, he had taken a selfie while the prison officer was at the premises.

State Minister Lohan Ratwatte also yesterday instructed the Prisons Department to immediately investigate the allegations that MP Harshana Rajakaruna had violated his parliamentary privileges and allowed him to take photographs with an inmate.

The prison spokesman said the Jailor was interdicted pending investigation.