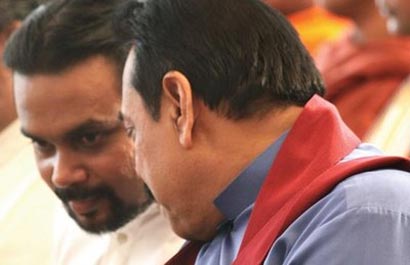 The Jana Sevana Housing Development Project aimed to construct one million houses will commence tomorrow under the Chairmanship of President Mahinda Rajapakse at Mihindupura Housing Project in Kirulapana. 60 thousand of these houses will be constructed during this year.

The Minister of Engineering, Housing Construction and Common Amenities Mr. Wimal Weerawansa disclosed this when a function was held in Colombo yesterday in connection with the launch of official logo and the song relating to the Jana Sevana Project.

He said that it is the objective of the government to provide a house to every family in the country and it is with this objective the Jana Sevana Project is being implemented. The Minister said that Private Sector assistance will also be solicited in the implementation of this project and requested the assistance of the media as well for the success of this project.(niz)