Japan Is Trying To Catch Up With China In Sri Lanka 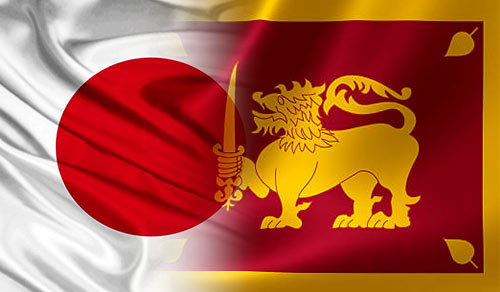 Japan is getting more serious about preventing China’s dominance of the Indian Ocean. Last week, Tokyo donated two coast guard patrol craft to Sri Lanka, according to ChannelNewsAsia. The craft cost over US$11 million to make.

The Indian Ocean has long been a strategic waterway, facilitating trade between the Middle East and Africa, as well as Africa and Asia. The ocean has become even more significant during recent years as China has continued to grow. China is the main Asian trade competitor Japan has, and is a challenge to the United States and its continued dominance of the Indian Ocean and South China Sea alike.

Japan’s move comes a year after CM Port issued a $584 million payment  to Sri Lanka, one part of a larger $1.12 billion deal to operate Hambantota deep-sea port in that Indian Ocean nation. The agreement, which was signed in July 2017, allows for CM Port to operate the $1.5 billion Chinese-built port under a 99-year lease.

The full $1.12 billion will be used to reduce the Sri Lankan debt to China.

China began its expansion in Sri Lanka in 2007 when Beijing got involved in the fight against the Tamil Tigers, offering President Rajapaksa the diplomatic and military support needed to eliminate the rebellion. That was followed by high interest loans and major construction projects that left Sri Lanka deeply in debt with China.

Today the budget deficit of Sri Lanka stands at around 5.5% GDP for the country, which is only adding to the debt.

This is a very bad time for Sri Lanka to become more indebted. The country is already living above its means, as shown by the continued account deficits, which was around 2.60% of GDP in 2017.

Sri Lanka took steps to combat the rising debt to China by signing agreements with that country that swapped loans for equity. In doing so, it placed China in the position of being an owner of major infrastructure projects such as the major port in Sri Lanka, which serves as a key outpost for Beijing in the Indian Ocean.

However, China’s aggressive attempt to control trade in the South China Sea and Indian Ocean has begun drawn the ire of Japan and its ally India.

The two countries conducted joint naval exercises in Malabar, in the Bay of Bengal, just last year. They then came together to propose the idea of an “Asia Africa Growth Corridor” (AAGC) as an alternative to the Belt and Road (B&R) initiative China is pushing.

The gesture is more likely a symbolic one, rather than a substantial one, and may prove to be too little too late.

“Besides being late, Japan doesn’t have the economic resources to catch up with China,” says Stathis Giannikos, General Director of Pushkin Institute. “Its economy flounders in the swamp of debt and stagnation.”

Investors should still keep an eye on things, as Japan’s most recent move has created another front between the two most powerful Asian nations, increasing the geopolitical risk to those considering making investments in the region.

Financial markets, however, appear to be ignoring the potential risks.

After all, markets trade on the fundamental value of investments rather than geopolitical risks.