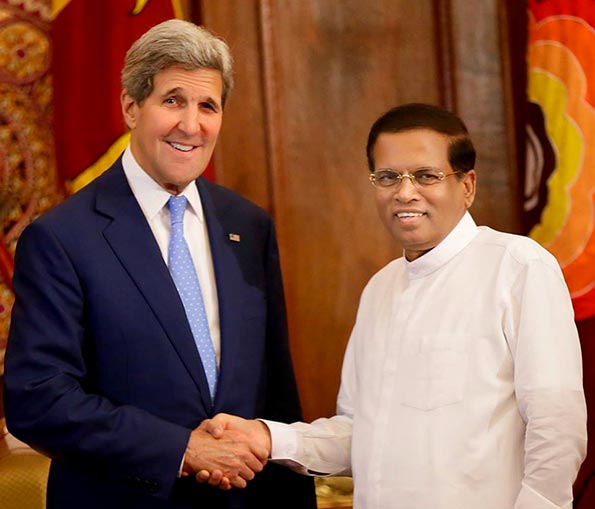 “In this journey to restore your democracy, the American people stand with you,” said Kerry, on the first visit to the island in a decade by the top US diplomat.

Sri Lanka’s government is determined to end years of international isolation linked to its long war with Tamil separatists, so it really rolled out the red carpet for Kerry. He entered the foreign ministry under a welcome sign bearing his image and was greeted by musicians playing horns and drums and dancers in silver breastplates as he proceeded down a long crimson rug.

“We intend to broaden and deepen our partnership with you,” Kerry said.

He said the countries would start an annual partnership dialogue and that US officials would provide technical assistance to Colombo on a range of matters, including anti-corruption efforts and returning stolen assets.

Samaraweera said that Kerry’s visit “signifies our little island nation’s return to the center stage of international affairs.” The minister said Sri Lanka would become a “full-fledged parliamentary democracy” and an “investor’s paradise.”

The last American secretary of State to come to Sri Lanka was Colin Powell, in early 2005 after the Indian Ocean tsunami. That was before fighting intensified between Sri Lanka’s government and the Tamil Tiger rebels, who wanted to create an independent state. The military crushed the rebels in 2009 in a final offensive that left tens of thousands dead and the two sides trading accusations of war crimes.
Advertisement

The president at that time, Mahinda Rajapaksa, tightened his grip on power, weakening democracy and the rule of law and damaging Sri Lanka’s reputation internationally.

In January, however, Sirisena shocked Rajapaksa in a close election after pledging to overhaul a system widely seen as autocratic and suffocating for minorities.

This past week, the parliament voted nearly unanimously to endorse Sirisena’s proposals to clip the powers of the president that Rajapaksa had expanded significantly.

Encouraged by the new atmosphere, the United States helped in postponing for six months the publication of a UN inquiry into possible war crimes by Sri Lanka. The UN human rights chief is among those expected to visit the country soon.

US officials have voiced optimism about the changes, saying they do not want to interfere with a “domestic-led process of reconciliation” under way.

Some human rights campaigners believe the US is congratulating Sirisena too soon.

Kerry’s trip is “being read locally as an increasing stamp of approval for the new government,” said John Sifton, Asia advocacy director for Human Rights Watch. He criticized the trip for not including a planned visit to the Tamil-majority north and said he viewed the omission as “an indication that the US no longer really cares about the massive rights abuses that occurred there and the rights issues which are still relevant today”.

Kerry, in a speech late Saturday, addressed the need for justice and equality for the Tamils – even about claims of war crimes and crimes against humanity by government forces.

Suppressing old grievances will not eliminate them, he said, and denying people a chance to express their objections through the law means they will try to do so outside the law.

“It will be harder, not easier, to move forward,” Kerry said. “True peace is more than the absence of war,” he added, and “requires policies that foster reconciliation, not resentment.”

The US can gain from better relations with Sri Lanka.

American exports to Sri Lanka totaled $314m in 2013, the last year for which the US Trade Representative offers figures. That was 40% higher than the previous year, but still far below the potential value offered by a market of more than 20 million Sri Lankans, who on average have significant more spending power than their neighbors in India.

On a strategic level, Sri Lanka’s location along the maritime route between the manufacturing hubs of East Asia and the growing consumer markets of Africa and the Middle East present the United States with a compelling case for tightening ties.

Rajapaksa had cultivated close relations with China, which provided financing for huge infrastructure projects amid allegations of Sri Lankan government corruption. Sirisena has pushed to recalibrate his predecessor’s strongly pro-China policies and conduct a review of major Chinese projects. 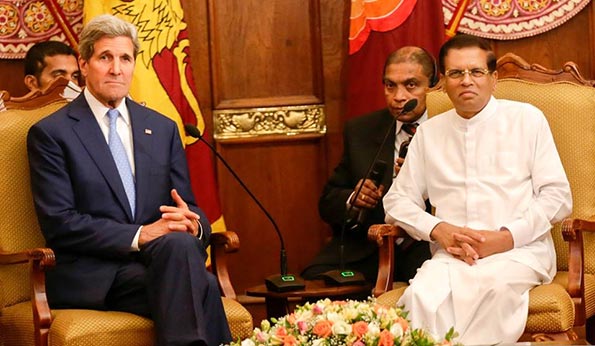 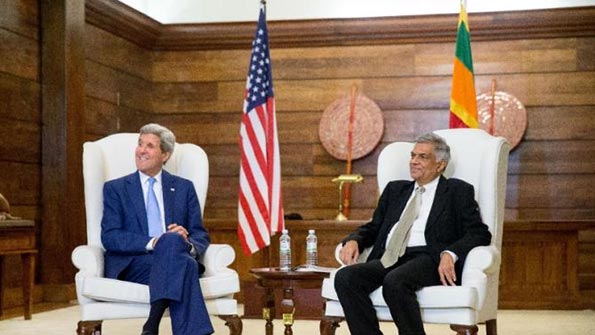